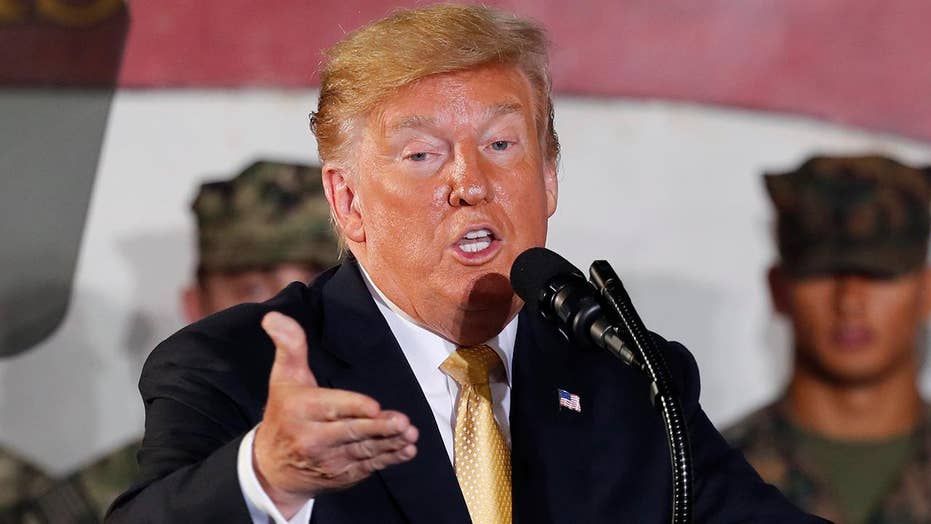 If Donald Trump and Kim Jong Un were oracles, there might be an argument for obsessing about their every word. They are not. The public jawboning of the last few weeks offers no real clues on where the denuclearization talks stand -- or where they are headed.

Statecraft is the practice of rhetoric and action -- the combination of what leaders say and what they do. Fixating on one without the other is like haggling prices with a used car salesman, without looking over the car.

Words and deeds matter. When FDR declared the sneak attack on Pearl Harbor a “day of infamy,” the speech would have been long forgotten if the U.S. had not marched off and fought World War II. In contrast, nobody can remember a word of Obama’s “new beginning” 2009 Cairo speech -- because afterward “nothing began.”

That gets to the nub of the problem. Since Trump and Kim met in Hanoi, there has been scant public action to analyze other than a few North Korean short-range missile firings. On the other hand, there has been a ton of inconclusive trash talk.

Fixating on Trump tweets and Kim statements has become a mania. That’s nuts -- like thinking if you watch the first half of the movie over and over again you’ll figure out how it ends.

Decoding what’s going on with words absent deeds is particularly problematic when dealing with Kim and Trump -- each in their own way one of the most unconventional statesmen on the planet.

Understanding Pyongyang is like knowing what’s on the other side of a black hole. Who knows what a third-generation dictator in the world’s most vicious, paranoid, and isolated state really thinks, and how that squares with what he says?

For his part, Trump has made acting Trumpian the hallmark of his diplomacy. He is at times painfully plainspoken, intentionally provocative, or annoyingly coy -- sometimes all in the same tweet. It is also clear Trump at times plays “good and bad cop,” not just with his key advisors, but sometimes in his own comments.

Don’t misunderstand. These are serious men. They mean what they say. We just have to figure out what they mean.

The only way to confidently square the circle is to pair an assessment of the rhetoric with an analysis of their action. And, while it has been mostly quiet on the negotiating front, that doesn’t mean there aren’t activities to analyze.

Here is what we know.

The sanctions are working. How do we know that? Because in Hanoi, all Kim was interested in was sanctions relief.

“The cumulative effects of 11 U.N. resolutions and enhanced U.S. laws are having an impact on regime finances, and that was the primary catalyst for prompting North Korea back to the negotiating table,” notes my Heritage colleague and top Korea expert, Bruce Klingner.

Kim is feeling the pain, and the North Koreans are puzzled over how to trump Trump.

In Hanoi, they thought they could press a gap between Trump and his key advisors -- Secretary of State Mike Pompeo and National Security Advisor John Bolton -- and push the U.S. into a “small deal.” They were wrong.

They thought Trump needed a deal to smooth his reelection and distract from the drumbeat of impeachment. They were wrong.

The North Koreans have yet to show any sign they are serious about denuclearization or doing anything other than making small concessions for sanctions relief.

The U.S. position is unchanged. Sanctions aren’t coming off until Pyongyang denuclearizes. The door to negotiations isn’t closing.

That’s pretty much all we know for sure.

Here is the one big known unknown. Will Kim trust Trump and trade denuclearization for normalization? Only Kim knows that. Analyzing all the back-and-forth between Kim and Trump isn’t going to give us a better clue.

The only way we’ll know is if Kim commits to serious verifiable, concrete measures -- not the fluffy stuff North Korea has trotted out before, but the real deal.

If Kim is serious about denuclearizing, he may be hesitant to commit because of uncertainty as to whether Trump will still be around after 2020. Why should he accept Trump’s commitments if Trump won’t be there to honor them?

Further, Trump is unlikely to close the door to negotiations. The opportunity will likely still be there after the elections if Trump comes back. Why shouldn’t Kim just wait and see?

On the other hand, the longer Kim waits, the weaker the hand he has to play. If Trump is reelected, his hand will be stronger than ever. The sooner Kim cuts a deal the better deal he’ll get.

The longer Kim waits, the more he risks the U.S. upping the ante with more sanctions and resuming full-scale military exercises with South Korea.

If Kim has no interest in denuclearization, just playing for time won’t be of much help. If Trump isn’t interested in small deals now, the likelihood he will be interested in one after 2020 is not good.

The war of words aside, when it comes to action, the ball is in Kim’s court.