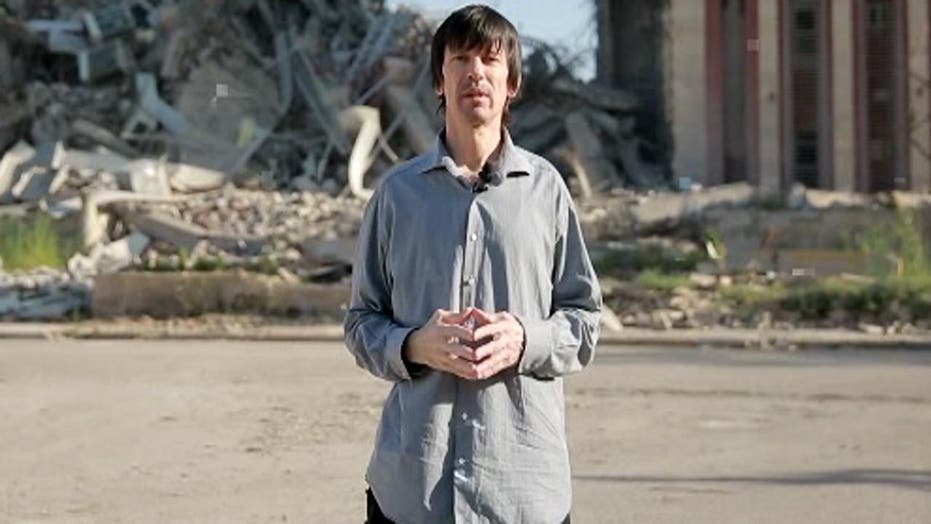 A new video from the Islamic State has surfaced that suggests British journalist John Cantlie may still be alive.

In the propaganda message—which was thinly veiled as a news report by ISIS’ Amaq news agency—Cantlie, 45, is seen looking frail and gaunt as he stands in front of Mosul University as he “reports” on the bombing of the school about three months ago.

Although the video was undated, it appeared to have been filmed recently since in one shot people were shopping for meals to break the Ramadan fast on July 5.

“Hello, I'm John Cantlie. Today we are at Mosul University…or at least what’s left of it,” he says in a copy of the video provided to FoxNews.com by the Middle East Media Research Institute (MEMRI) . “If you look behind me, you'll see it’s been pretty much smashed to pieces.

British Journalist and ISIS captive John Cantlie, 45, is seen looking frail and gaunt as he “reports” on the bombing of Mosul University by coalition forces. (MEMRI)

“The level of destruction is absolutely massive. Mosul University was the biggest and finest in all of Iraq,” he added. “If it was a military point or a weapons cache or a training ground for the mujahedeen perhaps you could understand - but it was simply Mosul's and Iraq's finest university, now reduced to a huge pile of rubble.”

During the report, Cantlie repeatedly asked why coalition forces chose the university as a target, saying that 15 people were killed and 103 were wounded in the morning strike, which he said happened about three months ago. He added that the area is near a busy shopping district.

Next, Cantlie is shown in the Yabisat district, where, he said, there were shops, houses, and small markets. He claimed that four or five large bombs had struck this area, killing 24 people.

It's the first time that Cantlie has been seen alive since a previous video was released in March. (MEMRI)

He also is shown Nasraf Rafadin Square as people in the background shop for Eid Al-Fitr, the conclusion of Ramadan. He says that a huge missile had targeted the bank in this bustling shopping area.

“Now, this isn’t some fancy bank for foreign national clients. It’s a bank for the people of Mosul,” he says in the video. “[A bank] that serves Mosul and they [the coalition] set it on fire with a huge missile in the middle of this civilian shopping center. The danger to civilian life is enormous. And what do they do? Unbelievable.”

This was not the first time that Cantlie has been seemingly forced to file news reports by ISIS and their news agency. He has appeared in several others including one from a prison, as well as, the cities of Kobane and Aleppo. He was last seen in another ISIS propaganda video on March 18.

The captive journalist appeared malnourished and with longer hair than in his previous videos, but did not visibly appear to be under duress during the report.

Cantlie was in kidnapped in November 2012 in Syria with slain American journalist James Foley and has been held in captivity ever since.