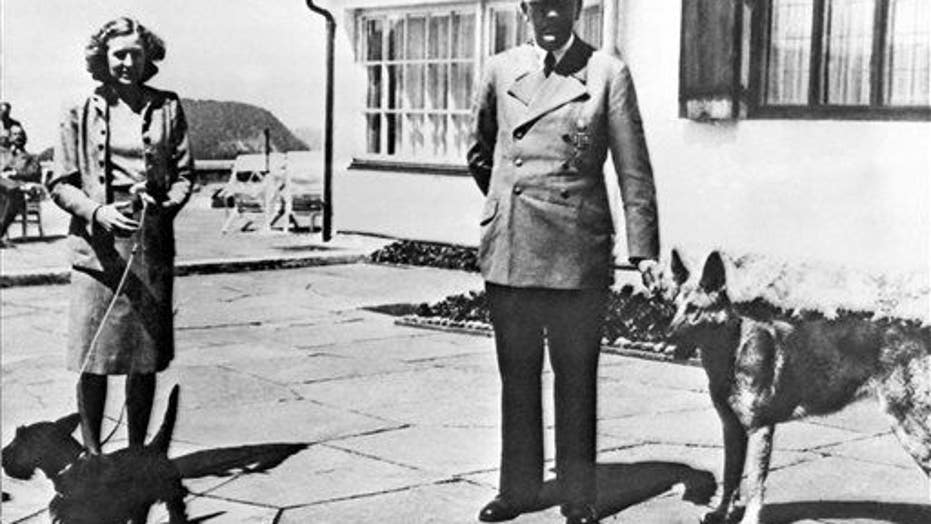 A pair of underpants that belonged to Eva Braun, the wife of Nazi leader Adolf Hitler, has been sold by a British auction house for more than $4,600.

The BBC reported that an anonymous phone bidder purchased the pink silk underwear, which bears Braun's initials and was auctioned off by Humbert & Ellis Auctioneers in Towcester, England, for 3,700 pounds ($4,614).

Other items sold from what the auction house described as "significant private European WWII collection," included a gold bracelet bearing a swastika that was given to the wife of Luftwaffe commander Hermann Goering and Braun's stained nightgown. The BBC reported that the same bidder who bought Braun's underwear purchased the nightgown.

Braun was Hitler's companion for more than 12 years. The couple wed approximately 40 hours before they committed suicide in Hitler's Berlin bunker on April 30, 1945, as Soviet forces were about to reach the Reich Chancellery.

"There continues to be a perennial interest in personal artifacts from such notorious high-level World War Two figures and accordingly such items, even without provenance, command high prices," auctioneer Jonathan Humbert said, according to the BBC.

At a similar auction in November 2016, a pair of lilac knickers worn by Braun was sold at the Philip Serrell auction house for roughly $3,194, according to the New York Post.

British law does not forbid the sale of Nazi memorabilia, but most major auction houses and online shopping sites prohibit it. Supporters of bans on Nazi memorabilia sales say the market for items from the Third Reich helps to fund far-right extremist groups.

"[There is a] real danger that this market funds far-right and extremist individuals who sell and trade this content, and that's the last thing we want," Joe Mulhall, a senior researcher at Hope Not Hate, told the BBC in April of last year.