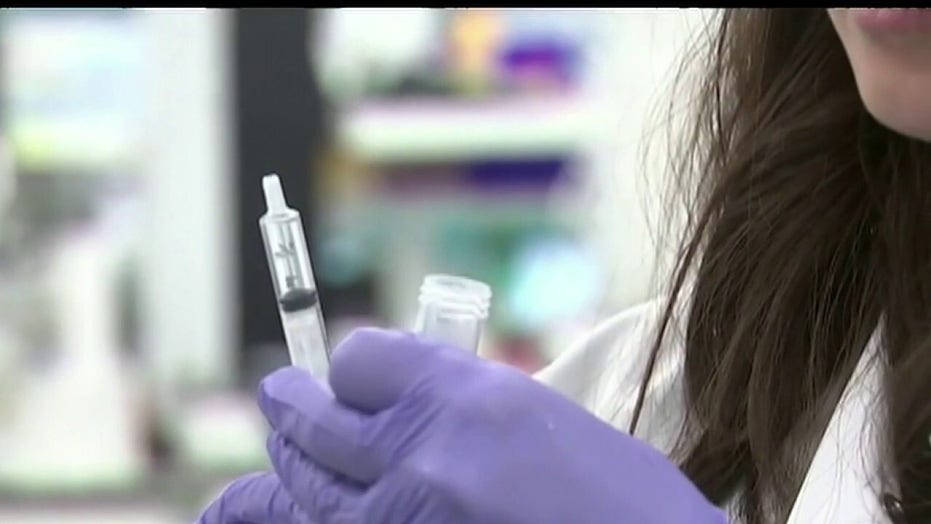 Cautious optimism about new drugs to combat the coronavirus

The U.S. Navy said Saturday it has sent coronavirus test kits to forward-deployed warships in the Western Pacific.

It’s the first time the Navy has announced it has moved COVID-19 test kits to ships at sea.

The Navy’s 7th Fleet said in a statement the kits have been sent to the aircraft carrier Theodore Roosevelt and the amphibious assault ship USS America underway in the South China Sea.

So far there have been no positive cases on any warships underway in the Pacific, the Navy said.

The Navy’s 7th Fleet said in a statement the kits have been sent to the aircraft carrier Theodore Roosevelt (pictured) and the amphibious assault ship USS America underway in the South China Sea.

The 7th fleet is the Navy’s largest, with between 50-70 ships and submarines and 140 aircraft and approximately 20,000 sailors.

Earlier this week, the head of American forces in Europe said roughly half of the 67 coronavirus cases worldwide are in his ranks and more than 2,600 service members under his command are in quarantine.

Meanwhile, the U.S. military said Saturday a sailor assigned to Central Command headquarters in Tampa, Fla., has tested positive for coronavirus after returning from "overseas," without being more specific.

"The sailor had returned to the United States from overseas travel on March 15, and immediately entered precautionary quarantine at his residence without stopping at U.S. Central Command headquarters or Macdill AFB," according to a statement from Navy Capt. Bill Urban, spokesman for U.S. Central Command.

U.S. military operations in the Middle East and Afghanistan are run out of Central Command headquarters.