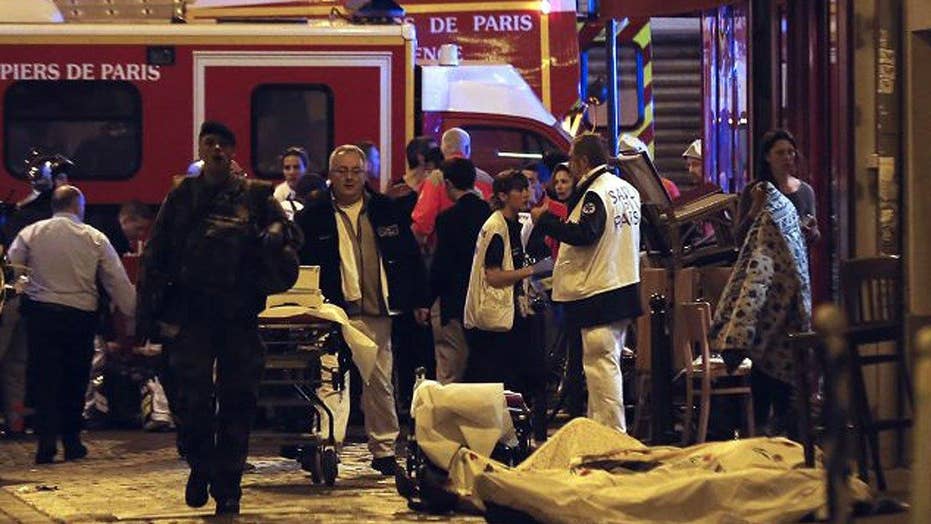 Is an intelligence failure to blame for the Paris attacks?

The names of at least three of the ISIS terrorists who carried out this month's deadly attacks in Paris were known to the mayor of a Brussels suburb in early 2014, it was revealed this week.

Molenbeek Mayor Francoise Schepmans admitted to The New York Times that she had received a list containing more than 80 names and addresses of people suspected of links to Islamic militants. The paper reported that the list of names included Abdelhamid Abaaoud, the suspected mastermind of the Nov. 13 attacks; as well as Brahim and Salah Abdeslam, one of whom blew himself up on that deadly night while the other fled to Belgium after apparently abandoning his suicide mission.

"What was I supposed to do about them? It is not my job to track possible terrorists," Schepmans told the paper, adding that tracking homegrown terrorists "is the responsibility of the federal police."

The Daily Telegraph reported that Brahim and Salah Abdeslam lived together in an apartment visible from the mayor's office approximately 100 yards from Molenbeek City Hall. A third Abdeslam brother, Mohamed, who has repeatedly called for Salah Abdeslam to turn himself in, works in the city administration.

The Times report did not clarify what Schepmans did with the information she was given. Elsewhere in the report, the mayor of Verviers, where police broke up a terror plot led by Abaaoud in January, told The Times she was informed by Belgium's security services that her town was home to 34 suspected jihadists.

"All I was given was a number," Muriel Targnion told the paper. "No names, no addresses. Nothing."

The latest revelations are sure to add scrutiny to Belgium's intelligence failings, which have given rise to a community of Islamic extremists in the heart of Western Europe. The French newspaper Le Monde, referred to Molenbeek, just west of the center of Brussels, as a "clearing house for jihadism".

The sense of unease in Belgium was heightened earlier this week after 15 of 16 people detained in a series of anti-terror raids Sunday night were released without charge the following day. No explosives or firearms were seized.

Belgian Interior Minister Jan Jambon said the raids had been designed to foil an imminent attack in Brussels.

"There were indications that there would be attacks on Sunday evening and they did not materialize," Jambon said, adding that otherwise "you don't impose terror level 4," the highest possible.

France and Belgium continue to hunt Salah Abdeslam, as well as a second fugitive believed to have played a role in the attacks.

Mohamed Abrini, who Belgian authorities have described as "armed and dangerous," was seen with Salah Abdeslam two days before the attacks on a highway gas station en route to Paris.

Speaking on RTL radio, Mohamed Abdeslam said he shares the pain of victims' families and wishes he and his family could have done something to prevent the Nov. 13 bloodshed.

"Let him turn himself in for his parents, for justice, for the families of victims, so that we can find out what happened," Mohamed Abdeslam said.

He said his brothers had shown no signs of radicalization. Mohamed Abdeslam said he saw them a few days before they left their Brussels suburb for Paris, but had no idea what they were plotting, and hasn't heard from Salah since.

In the Belgian capital, schools reopened Wednesday despite the city remaining on the highest possible alert level. Authorities raised it on Saturday saying the threat of a further attack was serious and imminent.

Police armed with automatic weapons stood guard outside schools, while Brussels' subway system partially reopened, bringing a sense of relative normalcy back to the city.

The heightened alert level had shut down shops, schools and the subway system in Brussels since Saturday. The Belgian government also ordered health and emergency services to take precautionary measures to ensure their services aren't infiltrated by extremists.

"When ambulances arrive, we have to see from where they come, who is in it," Health Minister Maggie De Block told VRT network. "Really as a precaution."