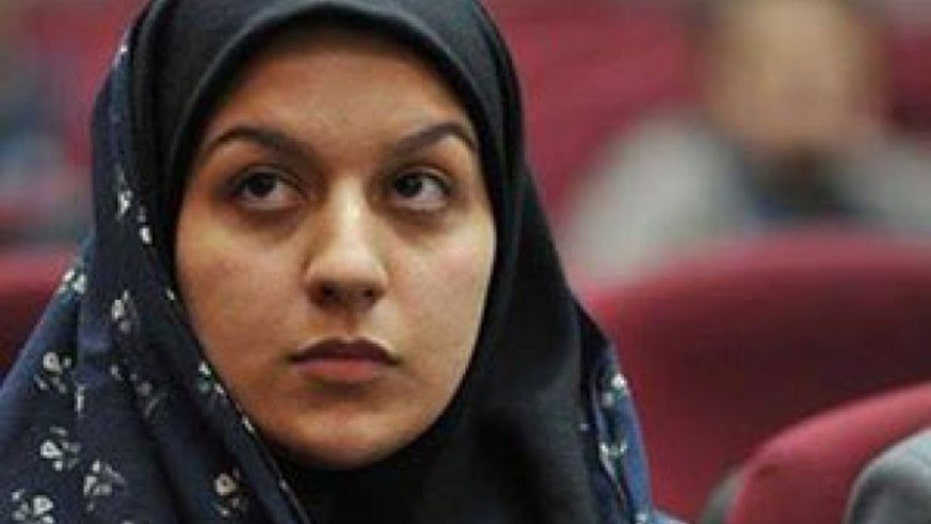 Mom pleads for daughter’s life ahead of execution in Iran

Mother speaks on behalf of daughter Rayhaneh Jabbari, who was sentenced to death in Iran

The mother of an Iranian woman sentenced to death for killing her would-be rapist made a desperate plea to the government to spare her daughter's life in a FoxNews.com interview Tuesday, just hours after the execution was postponed.

A distraught Shole Pakravan, whose daughter, Rayhaneh Jabbari, 26, has spent seven years in prison awaiting execution, spoke to FoxNews.com via Skype and begged for her daughter's life.

"The only thing I want ... from God, from people around the world ... in any way, in any form, is I just want to bring Rayhaneh back home," Pakravan said in Farsi, which was translated by FoxNews.com. "I wish they would come tie a rope around my neck and kill me instead, but to allow Rayhaneh to come back home."

Jabbari was convicted in the 2007 fatal stabbing of Morteza Abdolali Sarbandi, a former employee of the Iranian Intelligence Ministry. Jabbari, who worked as a decorator and was just 19 at the time, says Sarbandi drugged her and tried to rape her after the two met at a cafe and she agreed to go to his office to discuss a business deal. Jabbari allegedly stabbed Sarbandi with a pocket knife and fled as he bled to death.

Jabbari's execution was postponed in April in the wake of pressure from the international community, including a petition with nearly 200,000 signatures. But Jabbari believes her execution is imminent, and her mother says after Jabbari called her to tell her the prison planned to carry out her sentence, she was handcuffed and taken away.

"In reality, they didn't want her to have any contact with her family and they didn't want her cellmates to even see," Pakravan said. "I told her, 'Rayhaneh, this is impossible! It's illegal! They can't do this! Your case is up for re-evaluation. None of this makes sense!' ... Rayhaneh replied, 'My dearest mother, you can rationalize this however you'd like, but they are taking me to kill me.'"

Pakravan and her family have been protesting outside of Rajaiy Shahr Prison in hopes of drawing attention to Jabbari's case.

"The only thing I want in this universe is for Rayhaneh to be released. I have done everything I can think of," Pakravan said. "I am a mother. No mother can accept the death of her child."

The desperate plea came as Iranian President Hassan Rouhani is in New York meeting with world leaders at the UN General Assembly, and seeking to put a moderate face on the repressive regime. Supporters of Rouhani hoped his election last year would usher in a more tolerant era than the one of his predecessor, Mahmoud Ahmadinejad, particularly regarding human rights. But advocacy groups say the number of executions and violations have increased.

The death sentence for Jabbari has gained widespread condemnation from human rights groups who say it exemplifies Iran's backward legal and punitive system.

“This abhorrent execution must not be allowed to take place, particularly when there are serious doubts about the circumstances of the killing,” said Hassiba Hadj Sahraoui, Middle East and North Africa deputy director at Amnesty International. “Instead of continuing to execute people, authorities in Iran should reform their judicial system, which dangerously relies on processes which fail to meet international law and standards for fair trial.”

Earlier this week, Mohsen Amir Aslani, a former psychologist was executed for heresy in Iran after eight years in prison for allegedly giving religious classes where he propagated a new interpretation of the Koran. He was also accused by the authorities of insulting the Prophet Jonah.

Watch the full interview with Shole Pakravan in the video above.