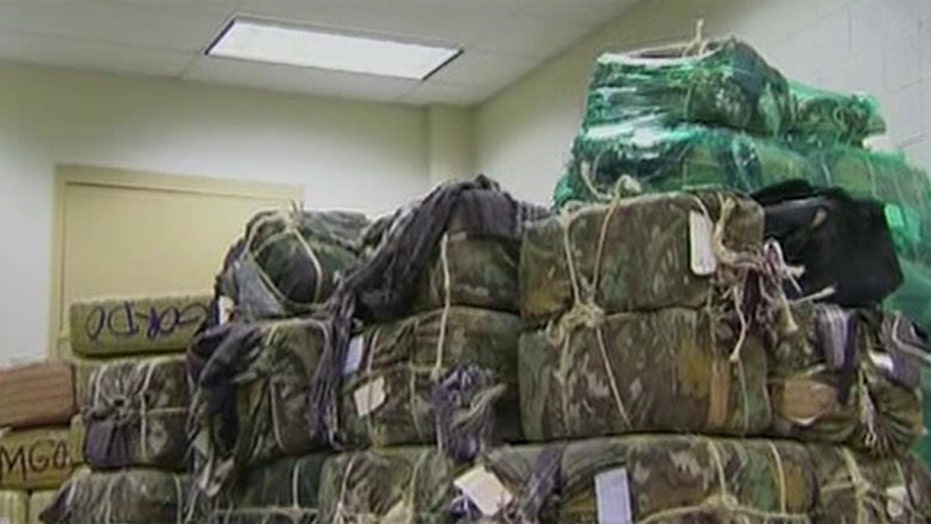 There is a continuous flow of traffic across one of the busiest ports of entry in the world. An estimated 50,000 cars per day cross the U.S.-Mexico border in San Ysidro, California.

The border has changed significantly over the last 10 years, but the danger presented by Mexican drug cartels hasn't, as millions of cars make their way north from Tijuana toward San Diego.

"The threat changes consistently for us,” Pete Flores, the San Diego field director of the U.S. Customs and Border Protection (CBP). “Marijuana has decreased for us here, and what we see [now] is more hard narcotics being hidden in smaller, deeper concealments in vehicles."

Agents believe that this is one an unintended consequence of more lax marijuana laws across the United States. They tell Fox News Latino that American-grown marijuana is increasingly more available and of better quality than what was smuggled from Mexico in the past.

So cartels are turning to harder drugs to make money – namely, heroin and methamphetamine.

"The type of heroin, type of meth we are seeing is high quality,” Flores said. “And it’s addicting.”

According to Customs and Border Protection, meth seizures are up 300 percent at California ports of entry since 2008. Across the entire southwest border heroin seizures have increased more than 200 percent in the past 5 years.

The Drug Enforcement Administration estimates that roughly 90 percent of all the meth on the streets in the U.S. is manufactured in Mexico.

DEA spokesman Lawrence Payne told the Washington Post earlier this year, “The days of the large-scale U.S. meth labs are pretty much gone, given how much the Mexicans have taken over production south of the border and distribution into the United States. Their product is far superior, cheaper and more pure.”

Crystal meth and heroin pose a health and safety danger across the country, and they also pose a threat to the agents on the frontline themselves, who are exposed to the dangerous chemicals associated with these narcotics.

“It’s always a concern,” Flores told FNL, “dealing with high-quality narcotics. Any type of exposure could have significant health consequences to our officers.”