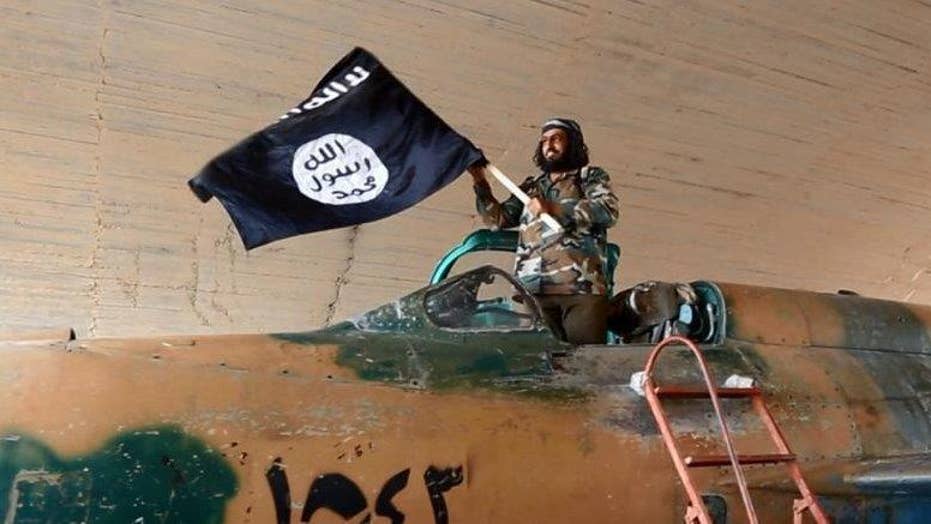 A desperate hunt for “highly dangerous” radioactive material is on in Iraq, where officials fear it could be used to make a "dirty bomb" if in the hands of ISIS, according to a government official in Baghdad.

The material, stored in a case the size of a laptop, disappeared from a storage facility near the southern city of Basra in November, Reuters reported. It was in the possession of Houston-based oil industry contractor Weatherford, according to a document obtained by the news agency.

The document describes "the theft of a highly dangerous radioactive source of Ir-192 with highly radioactive activity belonging to SGS from a depot overseen by Weatherford in the Rafidhia area of Basra province."

"A dirty bomb attack would be major news, regardless of how many immediate casualties occur."

"Weatherford has no responsibility or liability in relation to this matter because we do not own, operate or control sources or the bunker where the sources are stored," the company said in a statement to Reuters. "SGS is the owner and operator of the bunker and sources and solely responsible for addressing this matter."

The report comes on the heels of news that the Islamic terrorist organization has chemical weapons that it has used on the Kurds. A spokespwerson for the U.S. State Department said officials are “aware of reports,” but deferred to Iraqi government

A spokesman for Iraq's environment ministry told Reuters he could not discuss the issue due to national security concerns. A Weatherford spokesman in Iraq also declined to comment.

The missing material is used to test flaws in pipelines in a process called industrial gamma radiography, and was owned by Istanbul-based SGS Turkey, according to the document and officials.

A senior environment ministry official based in Basra, who declined to be named as he is not authorized to speak publicly, told Reuters the device contained up to 10 grams of Ir-192 "capsules," a radioactive isotope of iridium also used to treat cancer.

The material is classed as a Category 2 radioactive source by the International Atomic Energy Agency, and could be lethal for someone exposed to it for a period of hours. Reuters could not say how potent the material is, which would depend on its strength and age.

In the past, quantities of Ir-192 have vanished in the United States and other countries, raising concerns of a "dirty bomb," or a conventional explosive paced with lower-grade nuclear material.

Even a lower-level radiation bomb could cause widespread panic and fear, said Ryan Mauro, adjunct professor at Clarion Project, a U.S. think tank that tracks terrorism.

"Shaping headlines is essential to ISIS' jihad and beheadings, explosions and most brutal acts have become stale," Mauro told FoxNews.com. "A dirty bomb attack would be major news, regardless of how many immediate casualties occur.

"It also leads to ongoing media coverage of the victims' conditions from the radiation exposure because audiences will want to know what actually happens if this worth to happen where they live."

A security official told Reuters the perpetrators may have known what they were doing, noting there were "no broken locks, no smashed doors and no evidence of forced entry" at the facility.

A spokesman for Basra operations command said army, police and intelligence forces were working "day and night" to locate the material.

Besides the risk of a dirty bomb, the radioactive material could cause harm simply by being left exposed in a public place for several days, said David Albright, a physicist and president of the Washington-based Institute for Science and International Security.

"If they left it in some crowded place, that would be more of the risk. If they kept it together but without shielding," he said. "Certainly it's not insignificant. You could cause some panic with this. They would want to get this back."

On Tuesday, U.S. Director of National Intelligence James Clapper confirmed that ISIS has manufactured and deployed mustard gas in Iraq and Syria.

Clapper did not elaborate on where and when the chemical attacks occurred, though there has been mounting evidence the terror group was experimenting with chemical weapons.

“[The Syrian government] has used chemicals against the opposition on multiple occasions since Syria joined the Chemical Weapons Convention. ISIL has also used toxic chemicals in Iraq and Syria, including the blister agent Sulfur mustard,” Clapper said in testimony before the Senate Armed Services Committee.