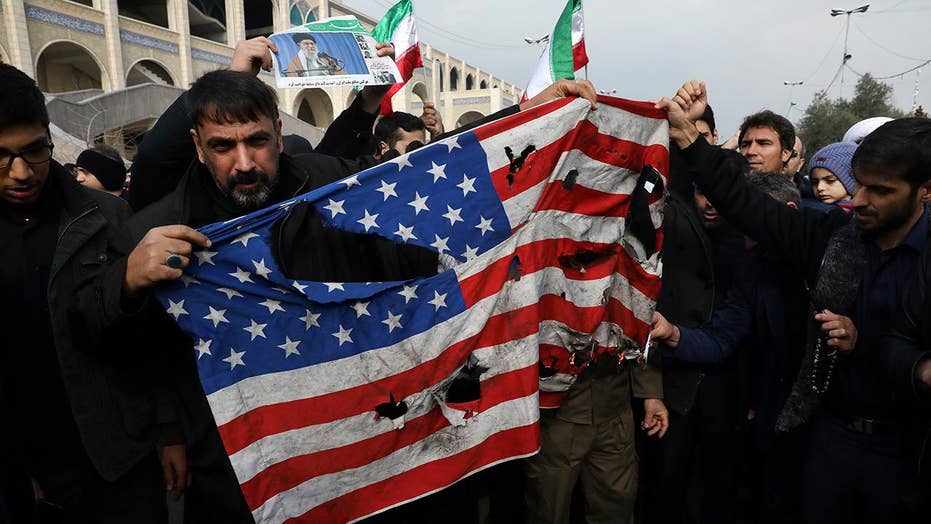 A senior military official in Iran threatened an attack on some 35 “American targets,” including “destroyers and warships” near the Persian Gulf Friday night, promising to seek revenge for the killing of Gen. Qassem Soleimani, according to a report.

The latest threat against the U.S. came late Friday night from senior Revolutionary Guards commander Gen. Gholamali Abuhamzeh, a day after top Iranian military general Soleimani was wiped out by an airstrike at Baghdad International Airport.

Abuhamzeh, commander of the Revolutionary Guards in the southern province of Kerman, foreshadowed a possible attack on “vital American targets” located in the Strait of Hormuz in retaliation of Soleimani’s death.

“The Strait of Hormuz is a vital point for the West and a large number of American destroyers and warships cross there,” Abuhamzeh said according to a Reuters report, citing Tasnim news agency.

In addition to threatening the U.S. with a possible attack, Abuhamzeh's remarks that the targets had been previously “identified by Iran” seemed to confirm the State Department’s statement regarding the motivation behind the airstrike. 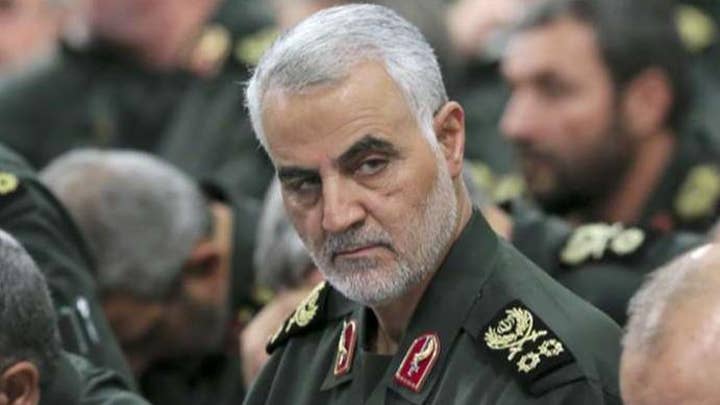 His comments come after it U.S. defense officials told Fox News that more than 3,000 troops from the 82nd Airborne Division's 1st Brigade Combat Team would be deployed to Kuwait.

Iran’s top “shadow commander,” as Soleimani was known, was responsible for the deaths of hundreds of American and coalition service members and the wounding of thousands more. According to the State Department, the airstrike “was aimed at deterring future Iranian attack plans.”

“General Soleimani was actively developing plans to attack American diplomats and service members in Iraq and throughout the region," the department said. "The United States will continue to take all necessary action to protect our people and our interests wherever they are around the world.”

Mourners gathering in the streets of Baghdad Saturday for Soleimani’s funeral procession. Dressed in black military fatigues, the mostly male-dominated group carried Iraqi flags and the flags of Iran-backed militias that are fiercely loyal to Soleimani.

In this image made from a video, mourners gather for a funeral procession for Gen. Qassem Soleimani, in Baghdad Saturday, Jan. 4, 2020. (PMF Media Office via AP)

They were heard chanting "No, No, America," and “Death to America, death to Israel.”

The U.S. has since ordered all citizens to leave Iraq and closed its embassy in Baghdad, where Iran-backed militiamen and their supporters staged two days of violent protests earlier this week in which they breached the compound.

WHAT IS THE STRAIT OF HORMUZ, WHERE IRAN SHOT DOWN US NAVY DRONE?

An alert brigade of roughly 4,000 paratroopers, known as the DRB – the Division Ready Brigade – had been told to pack their bags for a possible deployment in the days ahead, after hundreds of Iranian-backed militiamen tried to storm the U.S. embassy in Baghdad Tuesday.

The U.S. Army always keeps an alert brigade of roughly 4,000 paratroopers in the 82nd  Airborne for a crisis response like this.

There are roughly 5,000 U.S. troops currently deployed to Iraq, and about 60,000 in the region. Some 14,000 have been added since May as the threat from Iran increased, according to the Pentagon.

The aircraft carrier USS Harry S. Truman is currently in the Gulf of Oman. Her strike group is armed with hundreds of Tomahawk cruise missiles, in addition to the dozens of strike aircraft aboard Truman.

In July last year, the Revolutionary Guard seized a British-flagged oil tanker in the Strait of Hormuz. Several tankers were attacked in the weeks leading up to the seizure, which the U.S. blamed routinely on Iran.

On top of that, Iran has been accused by the U.S. of launching cruise missiles and drones from its territory to bombard Saudi Arabia's oil installations.