MEXICO CITY – With the number of migrants in Mexico increasing, their timetable to the U.S. accelerating, and the certainty of their arrival less in doubt, the question becomes: What does the endgame look like?

Based on recent history, President Trump’s pledge to stop them and the capacity of shelters in Tijuana, the caravan’s future is daunting, if not bleak, and likely disappointing.

“When I get to the border, I’m gonna ask them for asylum,” said Elvis Romero, a Guatemalan immigrant, his swollen feet wrapped in medical tape under a baking sun in Juchitan, Mexico. “I will ask President Trump to give me an opportunity to stay there because I want a better life for me.”

While sources say the U.S. is working behind the scenes with the government of Mexico to reduce the caravan’s size, thousands are still likely to arrive at the U.S. border in a matter of weeks. There are about 7,000 people who are now part of the caravan, though the numbers keep fluctuating.

What happens then – when several thousand migrants arrive in Tijuana, a city with shelters already overcrowded with women and children? Do they live on the street, or does the city or state provide them shelter? For how long?

Given President Trump’s threat to slow walk or “meter” the number of asylum claims processed per day, where will asylum seekers congregate?

Experts say it is unclear what will happen and how the showdown will end.

The migrant caravan has made international headlines for weeks – members have walked miles under the blazing sun and staggered in oppressive heat, and then shivered when they encountered colder climates in Mexico City. But it’s now within reach of the border – and people are paying attention to what happens next. 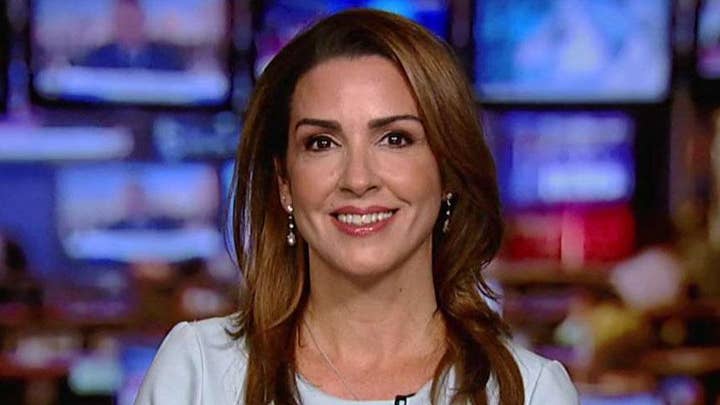 The existing waiting list at the San Ysidro Port of Entry south of San Diego is already at 2,500 and getting a chance to enter the U.S. can take as long as six weeks.

The plaza where migrants typically wait their turn is already a showcase of desperation.

Dozens show up each morning to surround a local official who keeps a log with hundreds of names. Each name has a number. Based on how many asylum claims the U.S. agrees to process that day determines how many names get called.

If that slows from 60 or 70 a day to less than 10 or 20, the bottleneck creates a problem for everyone in Tijuana.

“At this point, the only sign of the administration preparing to process migrants who seek to legally apply for asylum is to unfurl barb wire at places they are unlikely to cross,’ says Ali Noorani, director of the left-leaning National Immigration Forum. “Without the necessary staffing and facilities in place, the administration will create chaos and hardship for Customs and Border Protection officers, migrants and surrounding communities.”

Jessica Vaughn of the right-leaning Center for Immigration Studies also sees a disaster in the making.

“The legal port of entry chosen by the caravan organizers almost certainly will be disrupted to the point it will either be shut down, either officially or in effect, because the organizers almost certainly will have lawyers ready and will not want to accept ‘take a number’ for an answer,” Vaughn said. “This will not go over well with ordinary Mexicans who depend on access to the legal crossing points. But the organizers will be more interested in the optics of defiance.”

During the last caravan in March, organizer Puebla Sin Frontera shuttled a few hundred tired migrants to Friendship Park outside Tijuana as an apparent public relations stunt, inviting activists from San Diego and Los Angeles to rally in front of the Border Patrol.

Will the open border rights group do it again to make a statement about U.S. policy, which they argue is inhumane, unfair and illegal?

Central American migrants rest at the Jesus Martinez stadium in Mexico City, Tuesday, Nov. 6, 2018. Humanitarian aid converged around the stadium in Mexico City where thousands of Central American migrants winding their way toward the United States were resting Tuesday after an arduous trek that has taken them through three countries in three weeks. (AP Photo/Rodrigo Abd)

Will there be a backlash in the U.S., providing President Trump with an opportunity to effectively close the border, doing the migrants more harm than good?

Assume half of the estimated 5,500 migrants in the caravan make it to Tijuana. Without housing or shelter, many risk crossing illegally, though many say that is not their intent.

“I want to go over legally and do it with hard work and everything because you can’t get anything just sitting down,” said 14-year-old Jorge Gomez from Guatemala.

His father, Amilcar, said he wants to do things the right way.

“We do want to apply for asylum,” he said, “and we want to leave because there’s too much violence in our country.”

Most of the migrants interviewed by Fox News said they want to enter legally, but experts say some will grow frustrated. Some will head east to a mountain crossing near Tecate, Mexico or further east to the Mohave and Sonora deserts near El Centro and Yuma.

President Trump is considering a policy change to deter that option by disallowing asylum claims from those who enter illegally or do not cross at an official Port of Entry.

“If the numbers hold, [the Department of Homeland Security] will be challenged logistically and with processing time,” said Mike Fisher, who headed the U.S. Border Patrol from 2010 to 2015.

Processing times imposed by the courts have border officials scrambling when migrants overwhelm a given sector. The maximum allowable time is 72 hours in a border patrol detention center – and 21 days in a government shelter for families and children. At that point, officials are supposed to release the migrants, usually with an ankle bracelet.

He fears many “aggravated felons are embedded in the clutter of the massive number of immigrants in order to cloak their identity.”

“The chaos at the border,” he said, “will undoubtedly contribute to certain very dangerous individuals being able to successfully sneak into the USA.”