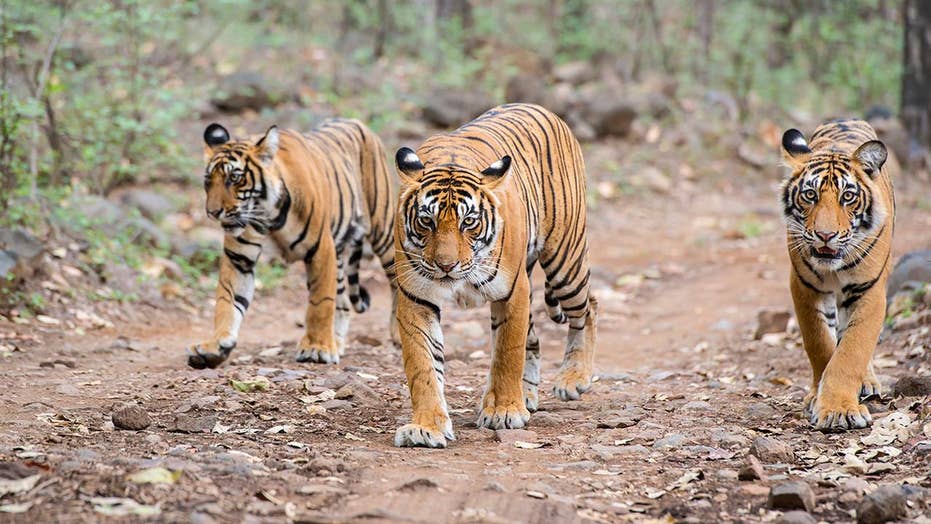 Two man-eating female tigers were caught and killed in India, one crushed by villagers using a tractor and the other shot to death after being lured out of her hiding place with a bottle of Calvin Klein cologne.

Two man-eating female tigers were caught and killed in India this weekend – one crushed by villagers using a tractor and the other shot to death after being lured out of her hiding place with a bottle of Calvin Klein cologne, officials said.

Officials at the Dubhwa Tiger Reserve in the Lakhimpur Khiria area said a tigress there killed a farmer late Sunday night and villagers who live inside the core zone of the reserve quickly sought retribution.

Forest officer Kahavir Kaujlagi said Monday the villagers encircled the animal and, when the big cat tried to escape, the villagers crushed her under the wheels of a tractor.

The villagers said the tiger had also injured another person in an attack about 10 days before Sunday’s fatal mauling.

Killing a tiger in protected areas is illegal, however, and the Dubhwa Tiger Reserve’s director said the case would be registered with police.

On Friday, an infamous man-eating tiger was shot and killed in the western Maharashtra state. The serial killer cat is blamed in the deaths of at least 13 people during the last two years.

Officials said the tiger evaded capture at least four times and had terrified inhabitants living near vast swaths of forest where it mauled herders and farmers, along with cows, goats, and horses.

According to the New York Times, the hunt for the female tiger grew into a sprawling, military-style operation, with hundreds of people and a team of specially trained Indian elephants with sharpshooters mounted on their backs.

To lure the tiger out of her hiding place, officials stirred up a strange brew: Calvin Klein’s Obsession cologne mixed with tiger urine.

A few hours after the odd blend was sprayed Friday, the tiger was seen trotting down the road, alerting the team of hunters who rushed to capture the animal.

Officials said the tiger was hit by a bullet in her underside and died on the spot. The Maharashtra tiger did not live in a protected area, authorities said.

Tigers are India’s national animal and the tiger is categorized as endangered under the Wildlife Protection Act.

Tiger attacks in India are common, with government data from 2017 showing an average of more than one person killed per day in conflict with a wild tiger or elephant during the previous three years. A 2014 census pegged the country's tiger population at 2,226.