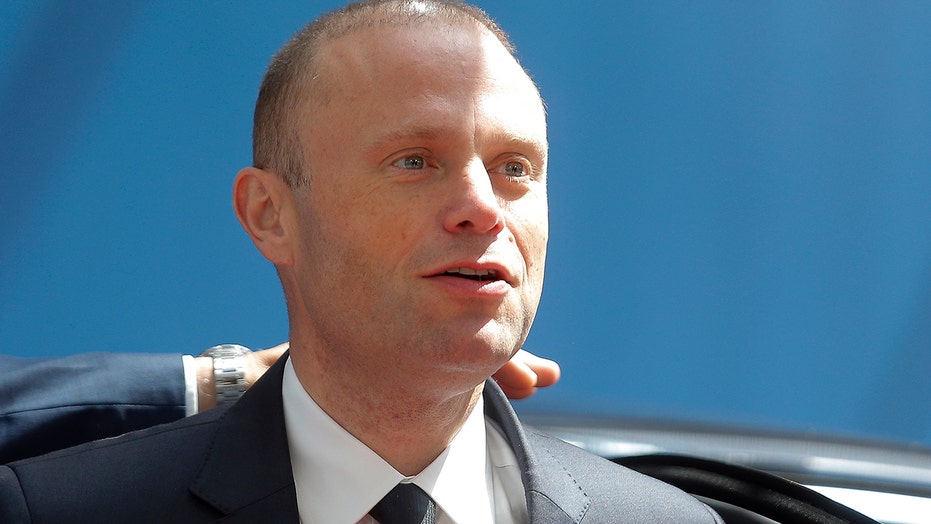 Maltese Prime Minister Joseph Muscat announced Sunday night that he would resign in January amid mounting pressure from citizens over the 2017 car bombing that killed anti-corruption journalist Daphne Caruana Galizia.

Muscat spoke in a televised message, informing the public that the ruling Labor Party will begin the process of choosing a new leader on Jan. 12 and that "in the days after I will resign as prime minister."

“As prime minister, I promised two years ago that justice would be done in the case of the murder of Daphne Caruana Galizia,” Muscat said, adding: "Today I am here to tell you that I kept my word."

Muscat said Sunday that he would resign in January following pressure from citizens for the truth about the 2017 car bombing that killed a journalist. (Julien Warnand/Pool via AP, File)

Caruana Galizia was investigating Maltese connections to the Panama Papers financial scandal at the time of her death. She alleged that Maltese politicians were linked to companies named in the papers.

“I reiterate my deepest regret that a person who, with all her positive and negative qualities and contribution toward the democracy of our country, was killed in such a brutal way,’’ Muscat said.

Prior to Caruana Galizia's death, she had reported to police that she was receiving threats. (AP)

In recent weeks, Malta’s police have seemed to make leaps in the case, arresting a suspected middleman and prominent businessman Yorgen Fenech, who was charged Saturday as an accomplice in Caruana Galizia’s murder and for allegedly organizing and financing the bombing. He has pleaded not guilty to the charges.

Three other men were arrested in December 2017 on charges of carrying out the bombing. They are still awaiting trial.

Police last week questioned Muscat’s chief of staff, Keith Schembri, in connection to the killing. He resigned from his post after local media reported his involvement in the probe. The political links to Caruana Galizia’s death had prompted Maltese citizens to demand Muscat’s resignation, calls that escalated in recent days.

Close to 20,000 Maltese citizens jammed Republic Street outside the courthouse in the capital of Valletta earlier Sunday in what was by far the largest turnout so far in weeks of public outpouring of anger and disgust aimed at Muscat's government.

European Parliament lawmakers are due to visit Malta in coming days amid concerns about the functioning of rule of law on the Mediterranean island nation.