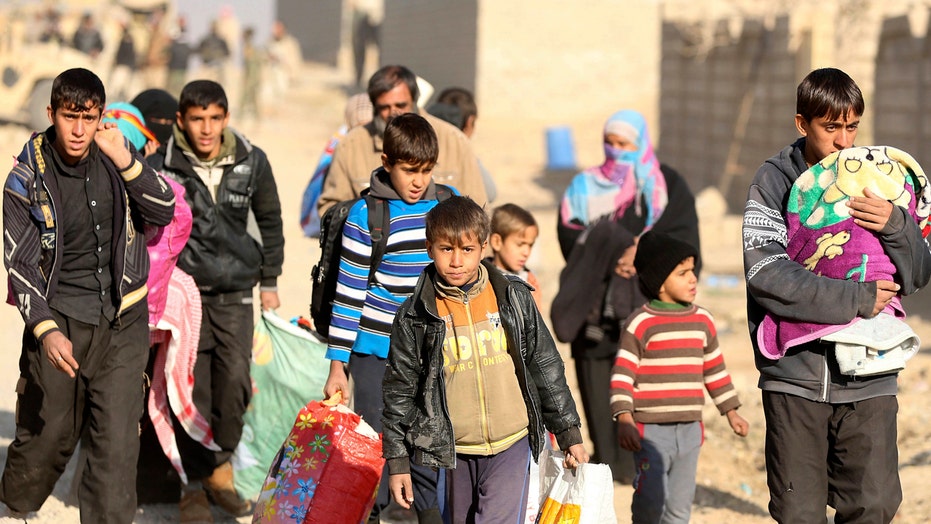 Describing the battle to defeat ISIS in Mosul as “very dangerous fighting,” Col. John Dorrian, U.S. spokesman for Operation Inherent Resolve, told Fox News he estimates 20 percent of Mosul has been freed of the militants so far, after more than six weeks of tough fighting by Iraqi forces backed by U.S. airstrikes and support on the ground.

“The Iraqi forces are working very hard to get this done,” Dorrian told Fox News via Skype from Baghdad, “but they are up against a fanatical enemy.”

Making things more complicated: the million-plus residents of Mosul said to have stayed in the city when the fighting began.   Officials this week said some 650,000 residents no longer had access to clean drinking water.

Dorrian defended the decision by Iraqi authorities to tell civilians to remain there, noting there were no facilities outside of the city to handle a massive outflow of refugees.

As casualties mount, there is added pressure to get the job done. A route leading west from Mosul to ISIS-held ground in Syria is cut off and four of five bridges in Mosul have been taken out, as forces move in from the northeast and south.

“The Iraqi security forces have completely encircled the city,” Dorrian noted, saying the terrorists “are largely going to be destroyed in place.”

But how long will that “destruction” take? Dorrian would not commit to a timeframe with Fox News, only noting that that the last time militants were wiped out of Mosul it took U.S. forces “several months.”

“It’s going to take some time,” he concluded, “but ultimately the flag of Iraq is going to be raised in the center of the city.”