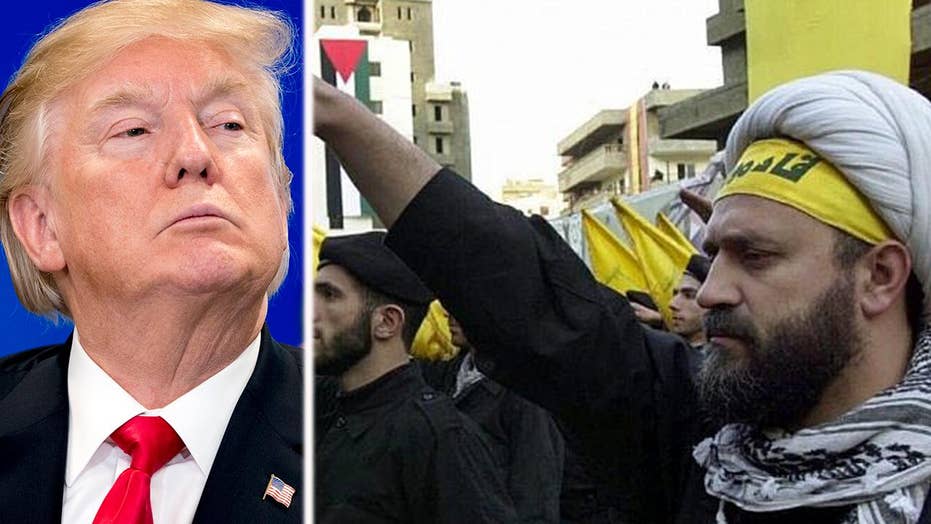 It was a gesture that has some experts in extremism and national security raising red flags.

On April 1, as captured by the Middle East Media Research Institute (MEMRI), a Lebanese TV station aired a segment featuring a young Lebanese girl gifting all her piggy bank pennies to the head of the militant and political group Hezbollah, Hassan Nasrallah.

“Take my money and get a missile. I want my mother to give me 25,000 Lebanese pounds,” Hawra Nada said on Al-Jadeed/New TV, referencing what amounts to * USD, as she removed her savings. “As soon as I get them I will give to you. I love you, Hassan Nasrallah. I saw Hassan Nasrallah on TV fighting the enemies. I saved some money in order to give it to him, so he could get a missile and fight enemies with it.”

VENEZUELA, IRAN, AND HEZBOLLAH - ALL HOSTILE TO THE US - FORGE CLOSER TIES

The young girl tells the camera that she dedicates her life, not just her money, to the organization’s leader, along with issuing some harsh words of warning to Israel.

“If you kill little children, Hassan Nasrallah will kill you,” she told the cameras. “They are killing them for no reason.”

Going further, Hawra’s mother, identified as Zaynah Ali Qilqas, praised her daughter’s political astuteness and knowledge of the ongoing situation in Syria, of which Hezbollah is closely allied with the Syrian regime.

“She knows there is a war there. She knows that they fight ISIS and are martyrs,” she continued.

It was after the filming of the segment, the reporters noted, that Hawra started wearing the hijab which was gifted to her by Nasrallah along with a signed copy of the Quran.

Only some analysts in the west aren’t so convinced it’s all as sweet as it seems.

“This display is not surprising at all. Islamist extremist groups often parade their indoctrinated children around, hoping to inspire parents and other children alike,” said Ryan Mauro, a national security expert at the Clarion Project. “It reinforces their message that parents are obligated to instill jihadist beliefs in their children, rather than teach them critical thinking skills and hope they independently adopt these beliefs.”

Others suggest its part of a calculated media campaign.

“Hezbollah is in the middle of a concerted media campaign emphasizing the need for the Shiite community to show solidarity with the group and offer financial support. Observers, including U.S. officials, are taking this as an indication of a crippling financial crisis, in light of US sanctions on Iran,” explained Tony Badran, a research fellow at the Foundation for Defense of Democracies. “It is also possible that it’s a propaganda effort tied to a maneuver by the group, pertaining to its agenda in Lebanon. Not everything the group says should be taken at face value.”

For instance, Badran said, when Hezbollah chief Hassan Nasrallah said in 2016 that it doesn’t have any business projects, and that its entire budget came from Iran, “he wasn’t being truthful, and may have been deliberately trying to create the impression that Hezbollah has nothing to do with the Lebanese economy or its banking sector, at a time when congressional sanctions were targeting any such dealings.”

Yet many of all ages and especially within the global Shiite community support Hezbollah and see its work as a vital savior against other Sunni-led insurgencies, including Al Qaeda and ISIS, and against the invention of foreign powers like the United States.

Nasrallah, 59, has served as the Hezbollah secretary-general since 1992 and catapulted the group into becoming a designated terrorist organization by the U.S. and an array of other nations and organizations including the U.K. E.U., Canada, Australia, and the Arab League.