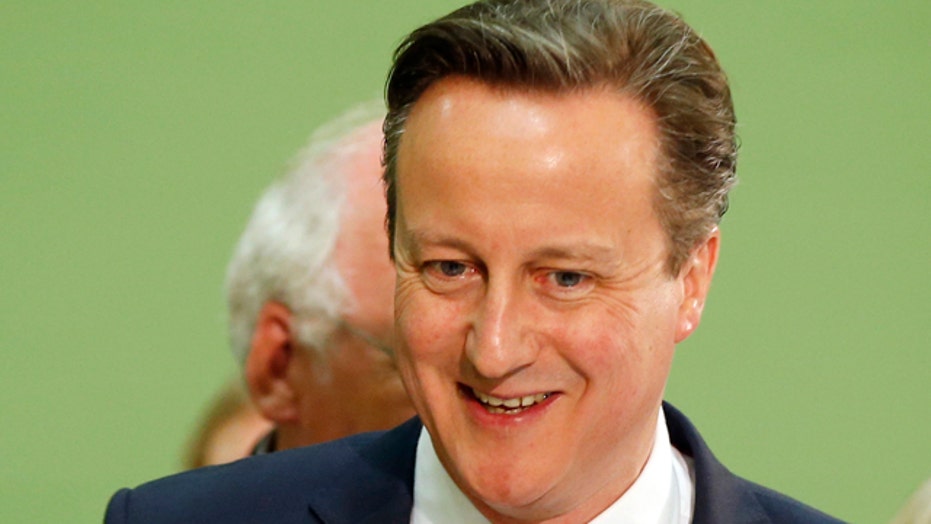 What the UK election results mean for the US

British Prime Minister David Cameron and his Tory party scored a decisive victory over the opposing Labour Party, left far-left and far-right parties in the dust and defied pre-election polls  with a resounding election triumph he called "the sweetest victory of all."

"I think this is the sweetest victory of all."

Aided by the Scottish National Party's rout of Labour in Scotland, Cameron and the Tories left opponents on the right and left in tatters. The Labour Party lost 24 seats in Parliament according to early returns, and party leader Ed Miliband resigned from his role. Liberal Democrat leader Nick Clegg resigned after acknowledging a "cruel and punishing defeat," in which his left-of-center part suffered its worst-ever defeat - dropping from 57 seats to just 8. On the right, UK Independence Party Leader Nigel Farage, a thorn in Cameron's side, failed to win a seat and resigned as party leader.

The resounding victory left Cameron and his party with a slim majority in the 650-seat House of Commons, meaning he won't need to form a coalition government and now has a mandate to implement the party's full agenda of cutting government, entitlements and taxes. With 643 constituencies counted, the Conservatives had 326 seats to Labour's 230.

"I think this is the sweetest victory of all," Cameron said. "There are so many things to be proud of in this result. The fact we held on in Scotland. The fact we extended our representation in Wales. The fact that candidates I have seen work so hard week in, week out, some of them year in, year out, have triumphed in so many seats."

Cameron went to Buckingham Palace Friday to inform Queen Elizabeth II that he had enough support to form a government. It would be the first time the Conservatives had won a parliamentary majority since 1992. Cameron is the first Conservative Prime Minister to win re-election since Margaret Thatcher.

In addition to running with the Tory agenda, Cameron also vowed to counter the rise of Scottish nationalism with more powers for Scotland and Wales, saying "I want my party, and I hope a government that I would like to lead, to reclaim a mantle that we should never have lost -- the mantle of one nation, one United Kingdom."

For the Labour and the Liberal Democrats, the bloodbath only got worse as the results came in.

"It is now painfully clear that this has been a cruel and punishing night for the Liberal Democrats," said leader Nick Clegg, who held onto his own seat but resigned as leader late Friday morning.

Another crucial factor in the election was the unprecedented performance of the Scottish National Party, just months after Scotland's failed bid for independence. The Scottish National Party won 56 seats, mostly at the expense of Labour. The result means that SNP overtakes the Liberal Democrats to become the U.K.'s third-largest political party in Westminster.

Almost 50 million people were registered to vote in Thursday's election, one of the most unpredictable in decades. Opinion polls during the monthlong campaign had suggested the result was too close to call.

Britain's economy -- recovering after years of turmoil that followed the 2008 financial crisis -- was at the core of many voters' concerns. The results suggest that many heeded Cameron's entreaties to back the Conservatives as the party of financial stability. Public questions at television debates made plain that many voters distrusted politicians' promises to safeguard the economy, protect the National Health Service from severe cutbacks and control the number of immigrants from eastern Europe.

British voters reacted with surprise as they awoke to the news. Polls leading up to the election had shown a virtual dead heat in the race, and many expected weeks of wrangling over who would be in power, although exit polls on Thursday predicted a Conservative victory.

"I thought it would be closer," said account manager Nicky Kelly-Lord, 38, who was among those startled by the result.

But some, like project manager Jonathan Heeley, 42, thought it inevitable that a country struggling to rebuild in the wake of the 2008 financial crisis would be anxious to keep the economic recovery going.

"The country's rebuilding itself and people want to stay with that," he said.