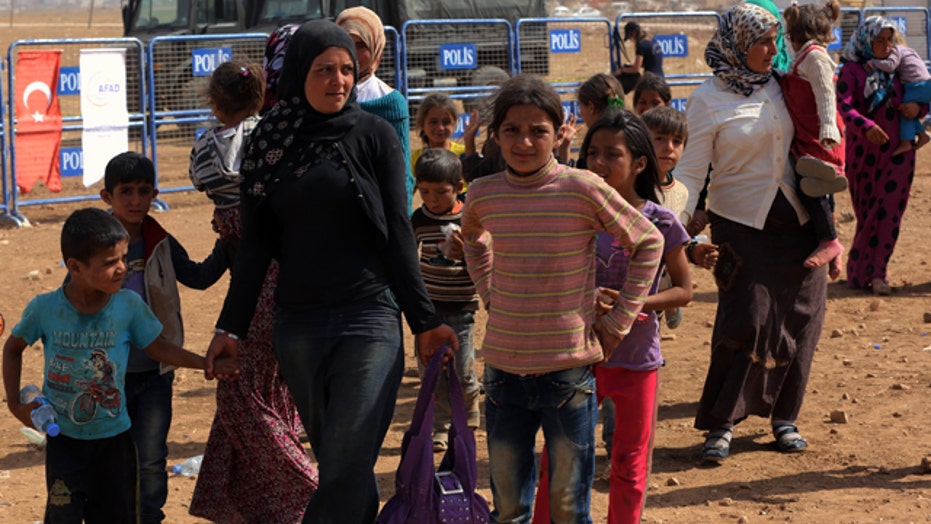 Kurds in Syria say US not doing enough to fight ISIS

The ISIS assault on the Kurdish village of Kobani in Syria last week is raising concerns of the terrorists ‘ethnically cleansing’ the population from the region, according to a top Kurdish official.

Sherkoh Abbas, president of the Kurdistan National Assembly of Syria, told FoxNews.com on Monday that if ISIS is successful, the Kurdish population would be nearly wiped out in northern Syria.

More than 100,000 refugees have so far crossed the border into Turkey in recent days to escape the violence.

“Probably about twice as much are right now being besieged by ISIS and other Al Qaeda-affiliated groups – this is very dangerous,” said Abbas. He also claims factions of the Free Syrian Army are also attacking the Kurds.

Abbas feels the West, including the U.S., is not doing enough right now to help arm the Kurds.

“Kurds are the only people in that region that can stop ISIS and they should be supported.”

There is growing criticism that the coalition airstrikes so far have had only minimal effect on the terrorists.

“If you go in and take out two tanks or armored vehicles, if you look at that, they have hundreds and hundreds of these vehicles and more sophisticated weapons ... so it’s not even effective, it’s not even 1 percent,” said Abbas.

He believes the U.S. and its partner nations need to intensify their air campaign against ISIS. Plus, better coordination with the Kurds on the ground is needed to help foresee potential sites targeted for attack.

“It’s a desperate situation and we ask the international community to step in … unfortunately, this [Obama] administration is not doing enough,” said Abbas.