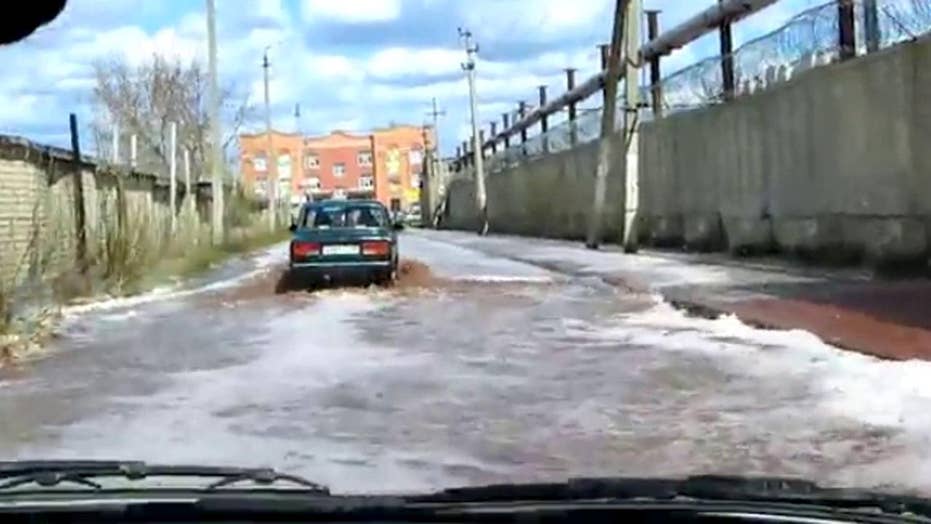 A flood of fruit juice erupted into the streets of southern Russia after an accident at a soda factory on Tuesday morning.

According to the Prosecutor’s Office, the roof of the factory owned by PepsiCo in Lebedyansky collapsed and a flash flood of several tons of fruit juice ensued.

Two people were injured after the collapse and although there was no damage reported from the juice flood, pink-colored juice could be seen streaming down the streets.

Authorities are keeping an eye on the pollution levels in the River Don because when the juice spilled onto the street, a large amount leaked into the river.

Rescue workers were still dealing with the debris from the roof collapse hours after it happened.

“We are aware of the situation at our Lebedyan site,” a PepsiCo spokesperson told the International Business Times UK. “People’s safety is our highest priority and we are working closely with the Emergency Services to assist them.”