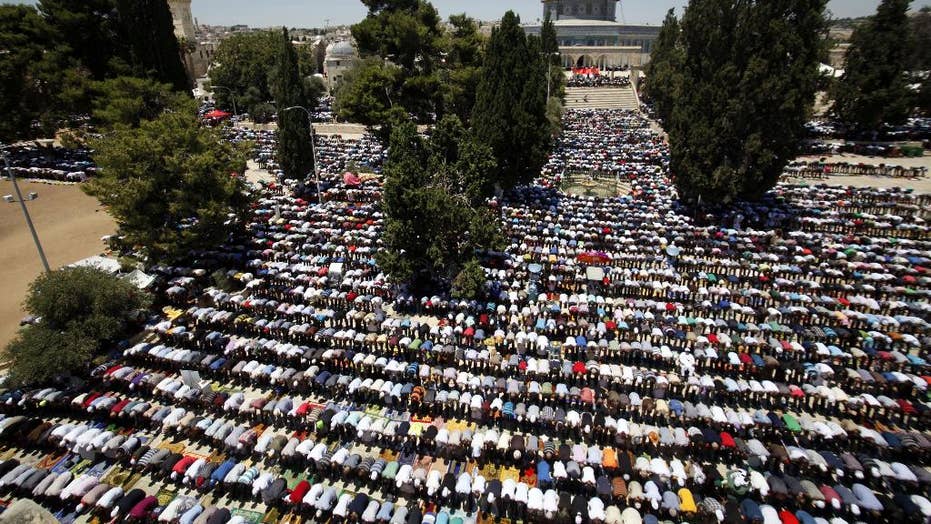 Jordanian members of parliament reportedly renewed their recommendation on Monday for the kingdom to close the Israeli Embassy in the capital city of Amman, citing what they called Israeli “violations” at a Jerusalem holy site sacred to Muslim and Jewish people.

The lawmakers made the recommendation during an emergency session, which Jordanian Foreign Minister Ayman Safadi attended, The Jerusalem Post reported.

They also reportedly pushed to cancel the Israel-Jordan peace treaty and called on the U.S. ambassador to Jordan to protest U.S. support for Israel.

The recommendations came one day after Jordan’s Foreign Ministry said the country delivered a “decisive letter” to Israeli Ambassador to Jordan Amir Weissbrod, a letter that included a call “to immediately cease all Israeli violations and all Israeli attempts to change the historical, legal status” at the site.

Muslim worshippers clashed with Israeli police as hundreds of Israelis visited the site -- on a day in which Muslim and Jewish holidays coincided.

The hilltop shrine has been managed by an Islamic trust under Jordanian stewardship. Jewish people have been allowed to visit the site but have been banned from praying there.

Members of Jordan's parliament also stressed the importance of maintaining the country's historical custodianship over Islamic and Christian holy sites in Jerusalem, the Jerusalem Post added.

They reportedly also urged the government to recall the Jordanian ambassador to Israel and stop “all forms of normalization” with Israel.

The Post reported Safadi told parliament that Jordan “will do its utmost to protect the holy sites and face the futile Israeli actions targeting them. We condemn the Israeli occupation authorities’ provocative practices and ongoing violation of international law, as well as their attempts [to] change the historical and legal situation in occupied Jerusalem and its holy sites.”

Atef Tarawneh, the speaker of Jordan’s House of Representatives, reportedly called on the government to relay a message to Israel that “peace is threatened in light of its continued aggression against Jerusalem and al-Aqsa Mosque.”

Last week, Israel’s Minister of Public Security Gilad Erdan told a radio station that the country should work toward Jews being allowed to pray at the holy site. Erdan added the change should come through “political agreements and not by force,” Israeli newspaper Haaretz reported.

Mahmoud Habbash – Palestinian President Mahmoud Abbas’ religious affairs minister – expressed outrage over what he called  Erdan’s “racist and disgusting” remarks and warned that Palestinians would resist any attempt to change the status quo at the holy site, the Jerusalem Post reported.