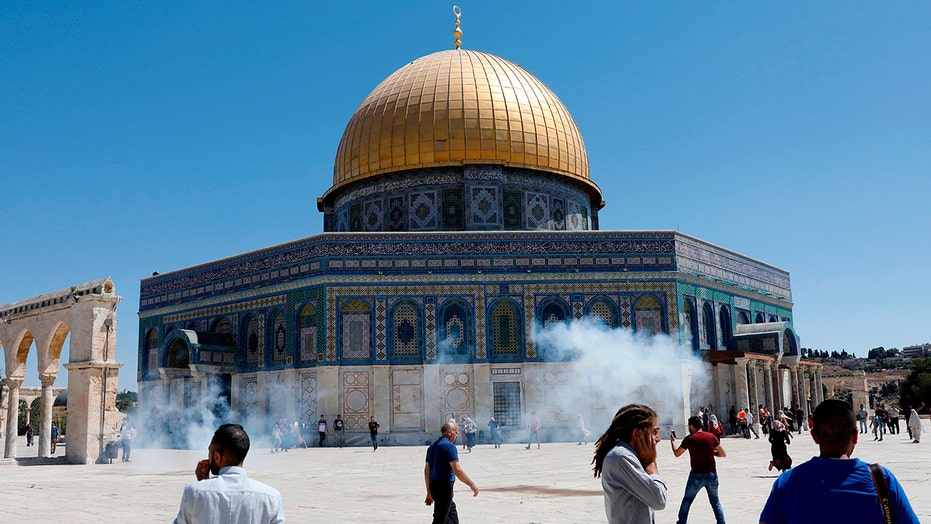 Jordan summoned Israel's ambassador on Sunday in protest over what it called “violations” at a Jerusalem holy site sacred to Muslim and Jewish people.

Jordan’s Foreign Ministry said Sunday that the country delivered a “decisive letter” to Israeli Ambassador to Jordan Amir Weissbrod, that included a call “to immediately cease all Israeli violations and all Israeli attempts to change the historical, legal status” at the site.

Muslim worshippers clashed with Israeli police as hundreds of Israelis visited the site -- on a day in which Muslim and Jewish holidays coincided.

The diplomatic protest came days after Israel’s Minister of Public Security Gilad Erdan told a radio station that the country should work toward Jews being allowed to pray at the holy site. Erdan added the change should come through “political agreements and not by force,” Israeli newspaper Haaretz reported.

Jordan said the site was a “place of worship for Muslims only.” The hilltop shrine has been managed by an Islamic trust under Jordanian stewardship.

Jewish people have been allowed to visit the site but are banned from praying there.

The site, which has long been a flashpoint at the epicenter of the Israeli-Palestinian conflict, has been seen as the holiest for Jews and the third holiest for Muslims, after Mecca and Medina in Saudi Arabia.

The site is located in east Jerusalem, which Israel occupied in the 1967 Six-Day War and later annexed.