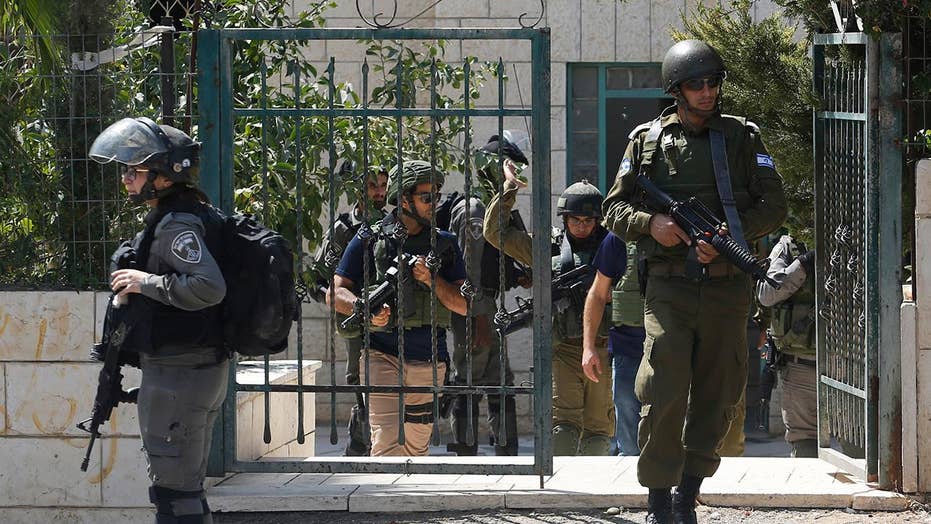 A lone wolf Palestinian terrorist gunned down three Israeli security officers Tuesday at the entrance to a settlement outside Jerusalem, Israeli officials said, evoking a harsh response from one lawmaker, who called the gunman “Satan” and said his body should be thrown into the sea.

Gaza's Hamas ruling party praised the attack but stopped short of taking responsibility for it. Israeli officials said the attacker --identified as Nimr Mahmoud Ahmed Jamal from Beit Surik -- was a 37-year-old Palestinian father of four who appeared to have acted alone and was suffering from personal issues, The Associated Press reported.

The attack comes at a tense period amid the Jewish high holidays and is likely to complicate the mediation efforts of U.S. peace envoy Jason Greenblatt, who had just arrived in the region for meetings with Israeli and Palestinians leaders.

Speaking at his weekly Cabinet meeting, Prime Minister Benjamin Netanyahu said the attack was partially a result of systematic Palestinian incitement and said he expected Palestinian President Mahmoud Abbas to "condemn this attack and not try to justify it."

Internal Security Minister Gilad Erdan told the Jerusalem Post that there were no prior indications that Jamal was planning to launch an attack. Israel's internal Shin Bet security service said its preliminary investigation indicated there was significant violence in Jamal’s family, while his wife had recently fled to Jordan and left him with their four children.

Jamal said in a private message to his wife that she was a "merciful mother," apologized for the way he treated her and said he was in a "bad state of health," the IDF revealed, according to The Times of Israel.

Netanyahu pledged that as a punitive measure, Jamal’s home would be demolished and working permits of his extended family would be revoked.

Police spokeswoman Luba Samri said the attacker approached the back gate entrance of the Har Adar settlement Tuesday, hiding among dozens of Palestinian day laborers who were being checked by security forces.

Jamal aroused police suspicions and was asked to stop, Samri said. At that point, he pulled out a weapon and began opening fire from a short distance. The attacker, who held a valid permit to work in Israel, was then shot dead by other forces at the scene.

The Magen David Adom medical service said that in addition to the three killed, a fourth Israeli man, 32, was evacuated to a hospital in critical condition. The casualties were identified as Solomon Gavria, a 20-year-old policeman, and two private security guards.

Har Adar is an upscale community west of Jerusalem, straddling the seam line between the West Bank and Israel proper — and an unusual target in the wave of violence that Israel has been coping with during the past two years.