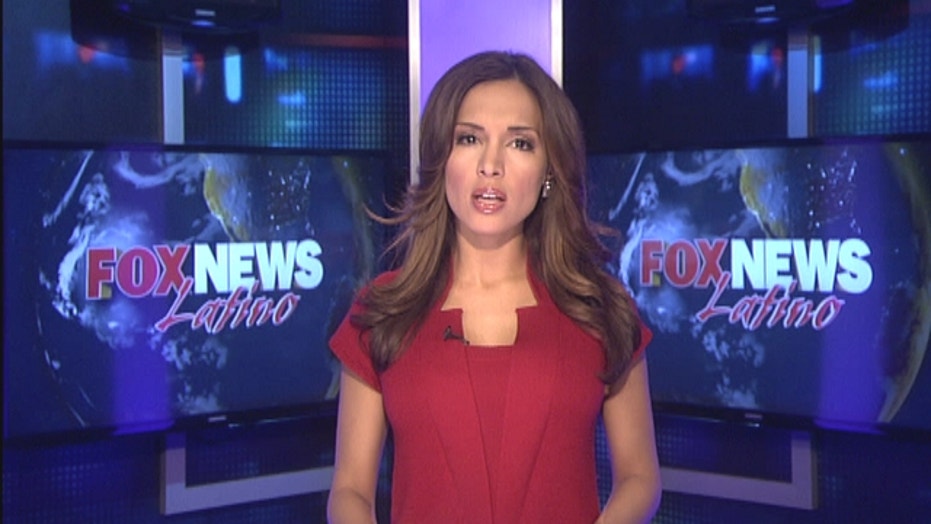 Mexican-American music superstar Jenni Rivera died in a plane that nose-dived almost vertically from more than 28,000 feet at a speed that may have exceeded 600 miles per hour, Mexico's top transportation official said Tuesday.

In the first detailed account of the moments leading up to the crash that killed Rivera and six other people, Secretary of Communications and Transportation Gerardo Ruiz Esparza told Radio Formula that the twin-engine turbojet hit the ground 1.2 miles from where it began falling.

These aircraft require an awful lot of skill to fly and don't leave a lot of margin for error.

— Lee Collins, a cargo airline pilot and executive vice president of the Coalition of Airline Pilot Associations in Washington

"The plane practically nose-dived," he said. "The impact must have been terrible."

Ruiz did not offer any explanation of what may have caused the plane to plummet, saying only that "The plane fell from an altitude of 28,000 feet ... It may have hit a speed higher than 1,000 kph (621 mph)."

Ruiz said the pilot of the plane, Miguel Perez Soto, had a valid Mexican pilot's license that would have expired in January. Photos of a temporary pilot's certificate issued by the U.S. Federal Aviation Administration and found amid the wreckage said that Perez was 78.

Ruiz said there is no age limit for flying a civil aviation aircraft, though for commercial flights it's 65. In the United States it's unusual for a pilot to be 78.

The extremely high speeds at which Learjets can fly are close to the speed of sound and make them especially challenging to fly, pilots and safety experts said.

"These aircraft require an awful lot of skill to fly and don't leave a lot of margin for error," said Lee Collins, a cargo airline pilot and executive vice president of the Coalition of Airline Pilot Associations in Washington.

He said that in situations in which a pilot loses control of an aircraft, the plane could "get into a high-speed dive and inadvertently go through the speed of sound." Collins said.

A 30-year study of private jets from1964 to 2004 from Robert E. Beiling and Associates obtained by Fox News Latino underscores its difficulty. The rate of accidents for the 629 Learjet 24's and 25's active during the time was 24.2 percent. In comparison, the Ce500 had an accident rate of 10.1 percent.

"The Learjet 24/25 series has been 2.34 times more likely to be in an accident when compared with other light jets built in a similar era," said Kevin O'Leary, President of Jet Advisors, a Private Jet Advisory Firm.

One possible cause for a nose dive like the one described by Mexican officials would be a drastic failure of the flight controls. the ailerons, elevators and stabilizers, said former NTSB board member John Goglia, an aviation safety expert.

"High performance airplanes by their nature have issues," Goglia said. "The airplane flies faster than the human mind (can keep up) sometimes. ... It takes a lot of skill to stay in front of that airplane."

Mexican authorities were performing DNA tests Tuesday on remains believed to belong to Rivera and the others killed when her plane went down in northern Mexico early Sunday morning.

Investigators said it would take days to piece together the wreckage of the plane carrying Rivera and find out why it went down.

The U.S. National Transportation Safety Board said it was sending a team to help investigate the crash of the Learjet 25, which disintegrated on impact in the rugged terrain in Nuevo Leon state in northern Mexico.

Human remains found in the wreckage were moved to a hospital in Monterrey, the closest major city to the crash, and Rivera's brother Lupillo was driven past a crowd of reporters to the area where the remains were being kept. He did not speak to the press.

A state official, speaking on condition of anonymity because of the ongoing investigation, said investigators were testing DNA from the remains in order to provide families with definitive confirmation of the deaths of their loved ones.

"We're in the process of picking up the fragments and we have to find all the parts," Argudin told reporters on Monday. "Depending on weather conditions it would take us at least 10 days to have a first report and many more days to have a report by experts."

In an interview on Radio Formula, Alejandro Argudin, head of Mexico's civil aviation agency, said Mexican investigators weren't sure yet if the Learjet had been equipped with flight data recorders. He also said there had been no emergency call from the plane before the crash. In the U.S., the plane would not have been required to have a flight data recorder or a cockpit voice recorder.

Fans of Rivera, who sold 15 million records and was loved on both sides of the border for her down-to-earth style and songs about heartbreak and overcoming pain, put up shrines to her with burning candles, flowers and photographs in cities from Hermosillo, Mexico to Los Angeles.

A brother, Juan Rivera, as well as mother Rosa Saavedra, still held on to hope that she would be found alive.

"I still trust God that perhaps the body isn't hers," Saavedra said in a press conference Tuesday, adding that she could have been kidnapped and another woman was at the crash site. "We're hoping it's not true, that perhaps someone took her and left another woman there."

The 43-year-old California-born Rivera known as the "Diva de la Banda" died as her career peaked. She was perhaps the most successful female singer in grupero, a male-dominated Mexico regional style, and had branched out into acting and reality television.

Besides being a singer, she appeared in the indie film Filly Brown, which was shown at the Sundance Film Festival, and was filming the third season of "I love Jenni," which followed her as she shared special moments with her children and as she toured through Mexico and the United States.

The Learjet 25, number N345MC, with Rivera aboard was en route from Monterrey to Toluca, outside Mexico City, when it was reported missing about 10 minutes after takeoff.

Aviation website FlightAware.com shows that the plane flew from Houston to Toluca on August 31 and had not returned to the U.S. since then. Ruiz said Mexican officials are investigating why the U.S. plane was carrying passengers between two Mexican destinations, something that's against regulation. U.S- registered planes can only fly paying passengers internationally into Mexico. He said the plane's owner, Starwood Management of Las Vegas, said Rivera was not renting the jet, but was receiving a free flight because Starwood thought it would promote the aircraft, which was for sale.

That would be allowed under Mexican law, Ruiz said.

"The Civil Aviation Department has instructions to investigate this point specifically," he said, adding that he's also asking other authorities to verify the company's story about why one of its planes was flying between Mexican destinations.

According to the U.S. National Transportation Safety Board, the same plane was substantially damaged in a 2005 landing mishap at Amarillo International Airport in Texas. It hit a runway distance marker after losing directional control. There were four aboard but no injuries. It was registered to a company in Houston, Texas, as the time.

Starwood has been the subject of a lawsuit and investigations, though none so far have centered on the plane that carried Rivera.

Another of its planes was seized in September by the U.S. Drug Enforcement Administration in McAllen, Texas.

A federal lawsuit in Nevada filed by QBE Insurance Corp. alleges that a Starwood aircraft was ordered seized by the DEA when it landed in McAllen, Texas, from Mexico on Sept. 12. The New York-based insurer sued in October to rescind coverage for the Hawker 700 jet.

Starwood, in a court filing, acknowledged that the DEA was involved in the seizure of the aircraft.

QBE, based in New York, said the DEA also seized a Starwood-owned Gulfstream G-1159A â€” insured by another company â€” when it landed in Tucson from Mexico in February. Starwood said in its court filing that it didn't have enough information to address the allegation.

Nevada secretary of state records list only one Starwood officer â€” Norma Gonzalez â€” but QBE alleges that the company is owned and managed by Ed Nunez, who, according to the lawsuit, is also known as Christian Esquino and had a long criminal history.

Starwood rejected the insurer's description of Nunez's role at the company.

According to QBE's lawsuit, Esquino pleaded guilty in federal court in Orlando, Florida, in 1993 to conspiracy to possess and distribute cocaine.

QBE said Esquino also served two years in prison after pleading guilty to conspiracy to commit fraud involving an aircraft in Southern California in 2004. QBE said Esquino's attorney stated in court back then that his client had been under investigation by the DEA for more than a year.

Starwood said in its court filing that it didn't have enough information to address either the Florida or Southern California case against Esquino.

George Crow, an attorney for Starwood, did not immediately respond to phone and email messages left after business hours Monday.

Reporting by the Associated Press.