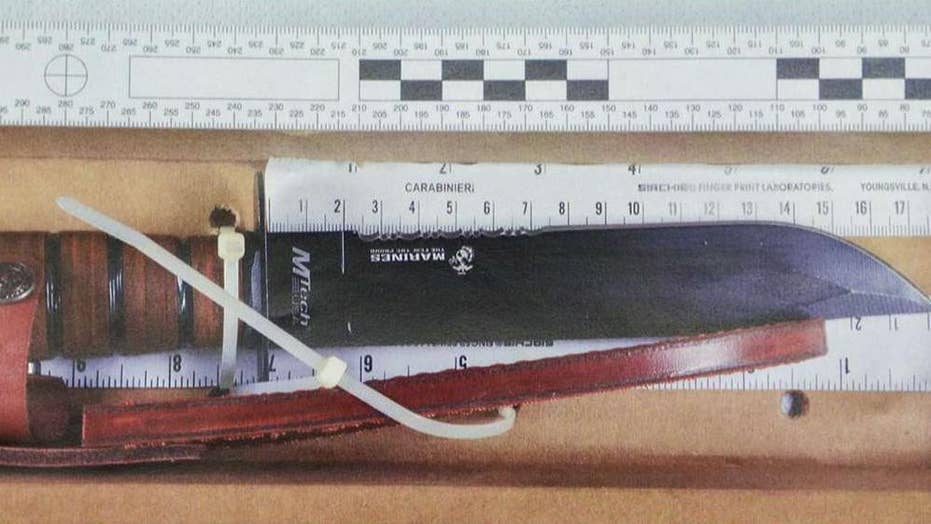 Mario Cerciello Rega’s funeral took place in the same church where his wedding did, just 43 days ago. The church, in the shadow of Mount Vesuvius, was overflowing with dignitaries and police brass.

Crowds on the street applauded as the hearse drove up with his casket, in gratitude to the fallen officer. His widow, Rosa Maria, spread photos of them together in happy moments on the casket, along with a Naples soccer t-shirt. Cerciello Rega had been a big fan.

The 35-year-old Deputy Brigadier of the Carabinieri, Italy’s military police, was stabbed to death early Friday, a consequence of a drug deal gone wrong.

He was remembered on Monday as a hero.

“He worked as hard as a carabinieri, as a volunteer helping others, helping the poor, helping the weak, bringing his clothes to the train station, bringing food to the needy, accompanying the sick to Lourdes,” said Giovanni Nistri, general commander of the Carabinieri said of Cerciello Rega.

Two Americans from the San Francisco area have allegedly confessed to the murder. A preliminary report issued by judges at the Rome Tribunal said 19-year-old Finnegan Lee Elder stabbed Cerciello Rega with a knife that had a 7-inch blade and that he thought he was being strangled.

However, the report goes on to say that Elder had no marks on his neck. Gabriel Christian Natale Hjorth, 18, allegedly beat off Cerciello Rega’s partner while this was going on.

Authorities say the two Americans were seeking cocaine on the night of the murder, Thursday into Friday. They approached a man in the Trastevere section of Rome and asked where to go.

The man connected them with a pusher. That pusher allegedly sold the teens aspirin instead of drugs, authorities said. In a rage, they fled with their original contact’s bag and when he called his own phone the Americans answered and demanded about $100 and cocaine in return for the bag. A meeting point was set and the man whose bag was stolen called police asking for protection.

Complicating this case in which so many questions remain was the appearance of a leaked photo on Sunday. It shows Natale Hjorth blindfolded and handcuffed in police custody. The police have noted that was wrong, but say that they were trying to keep the suspect from seeing a document that was in proximity. Italy’s Deputy Prime Minister Matteo Salvini on Sunday pushed back.

“To those who are complaining about the blindfolding of the man under arrest, I remind you that the only victim to cry for is the man, the son, the husband, 35-years-old, a carabinieri, a servant of the homeland….dead in the line of duty,” he said.

But Prime Minister Giuseppe Conte on Monday pointed out that blindfolding a suspect is illegal. There are concerns that this misstep by police could lead to a miscarriage of justice. Many Italians still believe that is what happened in the case of another American in Italy, Amanda Knox.

In the meantime, Monday was marked by grief and anger in Italy.

“What happened really moved us and touched our hearts,” said Pina Esposito, a resident of Cerciello Rega’s hometown. “I don’t know what to say, but we want justice for Mario and not only for him, but for all them who sacrifice their lives to protect the institutions and to protect the people.”