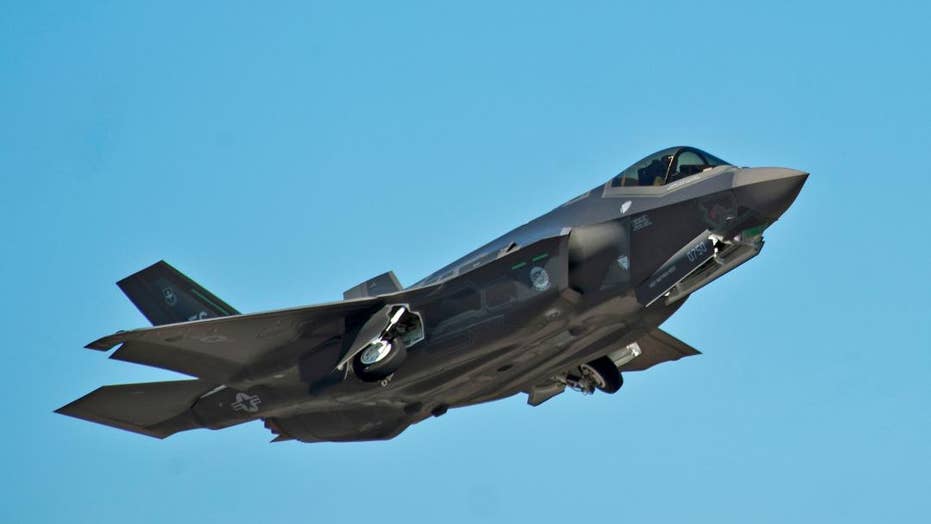 During the Paris Air Show, Lockheed Martin’s F-35A fighter jets took to the skies, showing off their high-flying maneuvers as the company approaches a landmark $37 billion deal to sell the jets to 11 nations

"The F-35 squadron has become an operational squadron. We are the first in the world to use the F-35 in operational activity, and the Adir planes are flying all over the Middle East," he said while presenting images of the F-35 over Beirut, Lebanon. “The Israeli Air Force has twice carried out strikes with the F-35, on two different fronts.”

He refused to say when and where the attacks took place.

On May 10, in the biggest confrontation between the two nations since the Yom Kippur War in the 1970s, Israel bombed Iranian military installations in Syria in response to rocket fire.

The F-35 Joint Strike Fighter, known in Israel as "Adir," or mighty one, is produced in variants for land-based and sea-based operation by U.S.-based Lockheed Martin.

The stealth fighters are operated by the air force’s Golden Eagle Squadron, based in the Nevatim Air Base in central Israel.

More than 20 air force commanders from around the world arrived in Israel to participate in the International Air Force Commanders Conference commemorating the IAF’s 70th anniversary, where they will discuss international cooperation and regional stability.

“This is an opportunity for us to open a window for many countries to see Israel, its views, its history, its aerial capabilities, its military capabilities, and the high quality of its people,” Norkin said. “These new relationships will assist us in establishing our strategic infrastructure. They will improve Israel's strategic standing and its ability to operate in a legitimate manner, even during a crisis.”