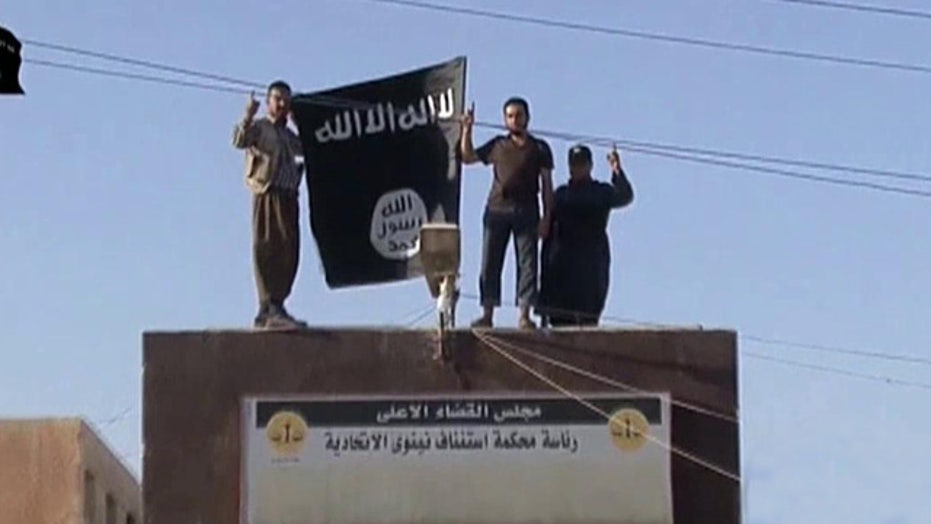 The terrorist group ISIS is actively outing agents from Middle Eastern intelligence services -- as many as 30 in the last two months -- by posting their pictures and locations on social media, a counterterrorism source told Fox News.

In some cases, the source, who asked not to be identified due to the sensitivity of the investigations, said the Islamic State appeared to be getting the agents' identities from Saudi sympathizers.

"I wouldn't be surprised if they had an effective counterintelligence operation going on as well,"said Bill Roggio, who has investigated ISIS for the Long War Journal. He added that recent images of the White House and Chicago, posted on social media by ISIS, were designed to show the group had global reach and was the successor to Usama bin Laden’s Al Qaeda.

"They're getting a significant number of recruits,” Roggio said. “They're a sexy jihadist organization to the younger generation because they're showing they're brutal, they're effective and that they can communicate their message.Al Qaeda has a very real messaging problem and one that they will have to address if they want to stop this flood of recruits that are going to Islamic State."

Earlier this month, 60 foreign fighters linked to ISIS were arrested in Kosovo, once part of the former Yugoslavia.The operatives were reported to have weapons, ammunition and explosives, some hidden in makeshift mosques that doubled as recruiting stations.

While U.S. intelligence officials said operatives were being instructed to start cells in their home countries on their own initiative, earlier this week the administration downplayed any ISIS threat to the U.S.

State Department spokeswoman Marie Harf said, "If they get bigger, they would constitute a bigger threat. But we should look at each individual terrorist group and what they're focused on, whether it's homeland plotting, what the capabilities are. We haven't seen that coming out of ISIS."

ISIS’ ability to carry out a large scale attack outside Syria and Iraq has been described by U.S. intelligence officials as aspirational.

U.S. intelligence officials also said ISIS is becoming a credible alternative to the Al Qaeda leadership in Pakistan in part because it was winning the social media war there.

Asked about the reported outing of agents, there was no immediate response from the Saudi Arabian embassy in Washington, DC.