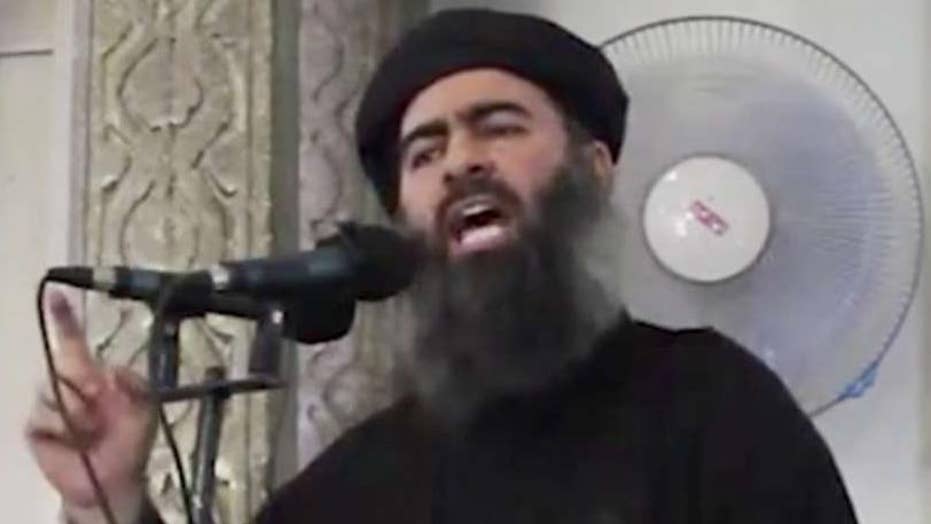 The man who called the shots for the Islamic State in Iraq for years may have escaped Mosul in a desperate bid to stay alive, U.S. and Iraqi officials reportedly said Wednesday.

Noting that official communications from terror leaders have gone silent as the U.S.-backed Iraqi military pushes deeper into Mosul, the officials told Reuters Abu Bakr al-Baghdadi could very well be hiding in the desert somewhere. Still, they've said pinpointing his exact location could be near impossible.

What's more, al-Baghdadi has been known to stay on the move. The officials said the terror honcho has likely asked to hide among his supporters in desert villages, instead of staying too close to the deadly fighting in more urban regions.

More specifically, he could be in a desert area north of the Euphrates river, populated by Sunni Arab tribes, analyst Hisham al-Hashimi, who has advised the Iraqi government, told Reuters. "It's their historic region, they know the people there and the terrain; food, water and gasoline are easy to get, spies are easier to spot."

The fight for Mosul's west is expected to be the most difficult yet for Iraq's military. The operation to retake the city was launched in October and in January the eastern side was declared fully liberated.

Initial advances in Mosul's western neighborhoods have been slow as Iraqi forces try to conduct simultaneous operations that force ISIS to spread out its defenses.

As ISIS counterattacks at Mosul's municipal complex ballooned, Iraqi forces responded with artillery Tuesday. A pair of helicopters fired down onto the complex and airstrikes could be heard throughout the day. The sky above the municipality filled with thick black smoke.

"The game is up," U.S. Air Force Brigadier General Matthew Isler told Reuters, saying the battle for Mosul has reached its late stages.

Iraqi forces launched a daring nighttime raid in the early hours of Tuesday morning on the sprawling complex of municipal buildings in western Mosul along the Tigris River. Beginning just after midnight, Iraq's emergency response division, an elite arm of the Federal Police, led the attack.

After facing very little resistance, regular Federal Police units followed and by 6:30 a.m. Tuesday morning an Iraqi flag had been hoisted above the tallest government building.

From the roof of an abandoned school acting as a forward base on the edge of Mosul's Tayran neighborhood, Maj. Gen. Ali Alami said the Nineveh governorate complex burning on the horizon behind him was liberated and fully cleared.

Civilians trickled out of the area carrying their possessions in overstuffed suitcases. "The situation is not good honestly, there is so much destruction," Iman Issam said as she fled with her teenage daughter.

By afternoon, Federal Police units were being sent from the Tayran base to try and free the hundreds of troops in and around the municipality buildings and the front line clinic was receiving casualties in waves.