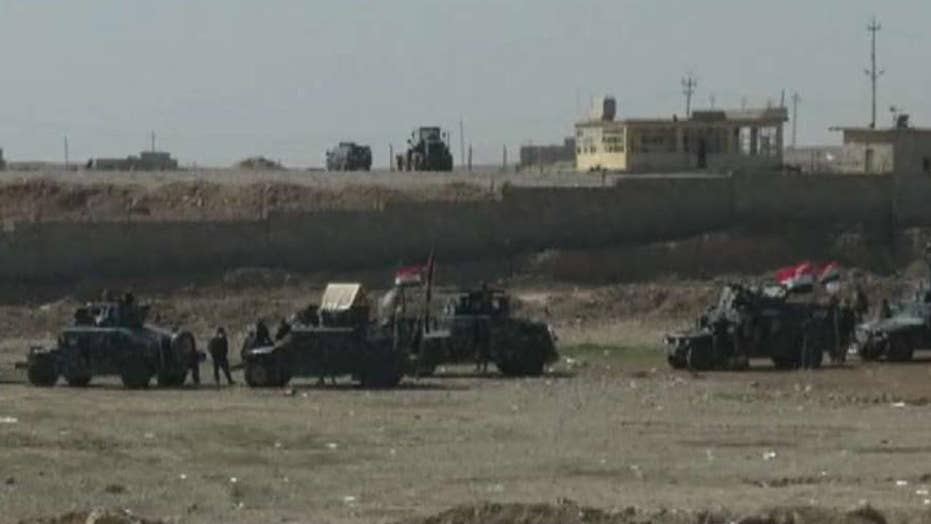 Islamic State terrorists desperate to get out with their lives have tried blending in with the growing crowds of innocent men, women and children escaping Mosul, an intelligence officer reportedly revealed Wednesday.

"You can tell because they are afraid. Those who are not Daesh are also afraid but it's different from the fear of those who are with Daesh," the officer told Reuters, using another name for ISIS and speaking on condition of anonymity. Terrorists who play a smaller role for ISIS, staying far enough away from the front lines, are more likely to slip through the cracks, the officer added.

Since the U.S.-backed push to retake western Mosul launched about a week ago, some 28,400 people have been forced to leave their homes, the United Nations reported. That would be the highest rate since the Iraqi military's Mosul operation began last October.

Iraqi intelligence officers have scanned the refugees for hidden fighters, pulling some from the crowds to interrogate them directly. A few locals serve as "sources" pointing out who may have ISIS connections, the anonymous officer told Reuters.

For the families trying to escape, their safety is all but assured. Many have said they're close to starving, and that sudden attacks have destroyed their homes and livelihoods.

"There is a limit to what we can endure. We are humans made of flesh and blood," Dawud Dargham said bording a bus to a refugee camp run by the Iraqi government.

The offensive started after the terrorists were pushed out of most of the territory they controlled in Iraq. ISIS had overrun the north and west in the summer of 2014.