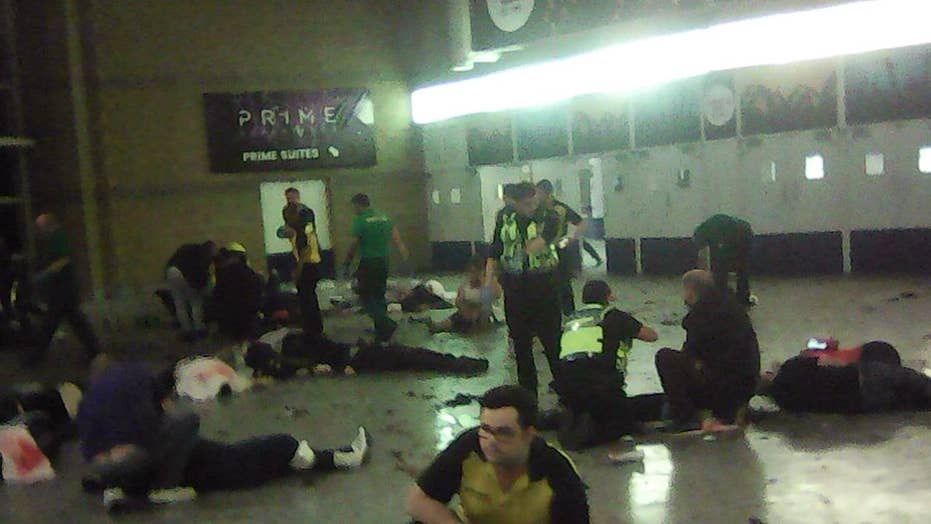 Terror group says it's behind the attack

The Islamic State claimed responsibility for a bombing attack that killed at least 22 people and injured 59 others at an Ariana Grande concert in Manchester, England, Monday night.

The group claimed one of its members planted bombs in the middle of crowds at the 21,000 capacity Manchester Arena, but British police have so far only mentioned the use of "an improvised device" in the attack. The U.S. has not yet verified that ISIS was responsible for the attack, Director of National Intelligence Dan Coats said.

ISIS says "a soldier of the caliphate planted bombs in the middle of Crusaders gatherings" then detonated them. It did not say whether the attacker was killed.

The group claimed that "30 Crusaders were killed and 70 others were wounded," higher than the totals confirmed by authorities in Manchester.

On Tuesday, British Prime Minister Theresa May called the attack a display of "appalling, sickening cowardice – deliberately targeting innocent, defenseless children and young people who should have been enjoying one of the most memorable nights of their lives."

Queen Elizabeth II also offered her sympathy for the victims.

"I want to thank all the members of the emergency services, who have responded with such professionalism and care. And I would like to express my admiration for the way the people of Manchester have responded, with humanity and compassion, to this act of barbarity," she said in a statement.

TIMELINE OF RECENT ATTACKS AGAINST THE WEST