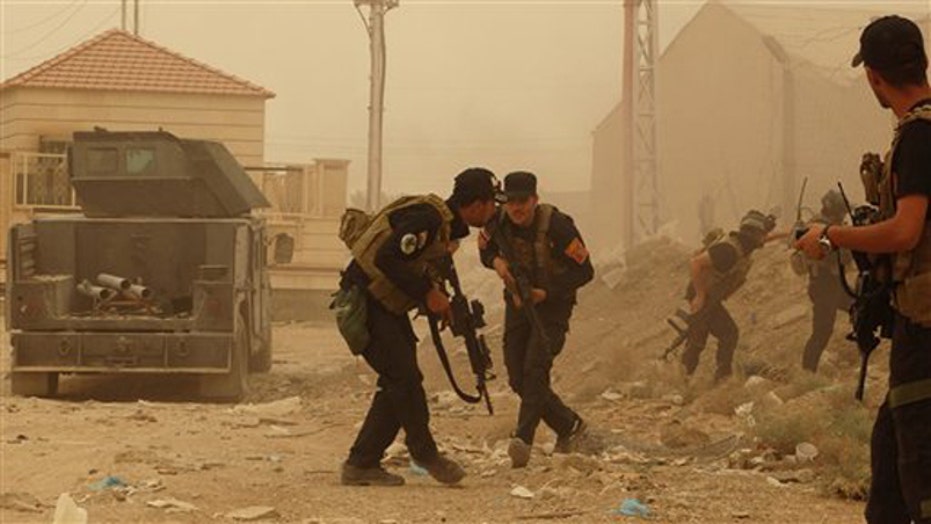 Iraq's military has dispatched reinforcements to help its battered forces in Ramadi, a city now largely held by the Islamic State group after its militants swept across it the day before, an Iraqi military spokesman said Saturday.

Ibrahim didn't give details on the ongoing battles, but described the situation on the ground as "positive" and vowed that the Islamic State group would be pushed out of the city "in the coming hours."

On Friday, the militants swept through Ramadi, the capital of Anbar province, launching a coordinated offensive included three near-simultaneous suicide car bombs. The militants seized the main government headquarters and other key parts of the city.

Local officials said dozens of security forces and civilians were killed, mainly the families of the troops, including 10 police officers and some 30 tribal fighters allied with Iraqi forces.

In a sign of how the latest advance is worrying Washington, U.S. Vice President Joe Biden spoke with Iraqi Prime Minister Haider Al-Abadi on Friday, promising the delivery of heavy weapons, including AT-4 shoulder-held rockets to counter suicide car bombs, according to a U.S. Embassy statement.

The statement said both leaders agreed on the "importance and urgency of mobilizing tribal fighters working in coordination with Iraqi security forces to counter ISIL and to ensure unity of effort among all of Iraq's communities," using a different acronym for the group.

Backed by U.S.-led airstrikes, Iraqi forces and Kurdish fighters have made gains against the Islamic State group, including capturing the northern city of Tikrit. But progress has been slow in Anbar, a vast Sunni province where anger at the Shiite-led government runs deep and where U.S. forces struggled for years to beat back a potent insurgency. American soldiers fought some of their bloodiest battles since Vietnam on the streets of Fallujah and Ramadi.