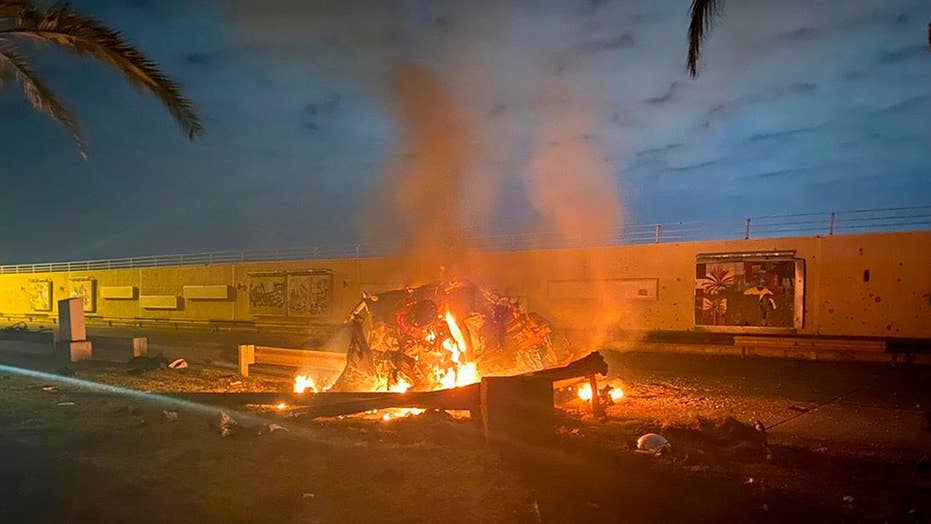 As the world reacted Friday to the U.S. killing of Iranian General Qassem Soleimani, Iranian resistance groups hailed the move as a “major blow” for the repressive regime in Tehran -- predicting that it will boost the morale of dissidents and bring what they see as the likely downfall of the regime’s one step closer.

“It is so significant because it has delivered a major, major blow to the Iranian regime, not just to their terror operations in Iraq, Syria, Lebanon and the rest of the region, but in terms of their own operations inside Iran,” National Council of Resistance of Iran (NCRI) Deputy Director Alireza Jafarzadeh told Fox News in an interview Friday.

Soleimani, the head of the Iran Revolutionary Guard Corps’ Quds force, was taken out early Friday local time in a U.S. strike in Iraq directed by President Trump. Trump hailed the strike as a win not only for the U.S., but also for the people of Iran -- alleging he was responsible for the killings of thousands of protestors in Tehran.

“While Iran will never be able to properly admit it, Soleimani was both hated and feared within the country,” he said. “They are not nearly as saddened as the leaders will let the outside world believe. He should have been taken out many years ago!” 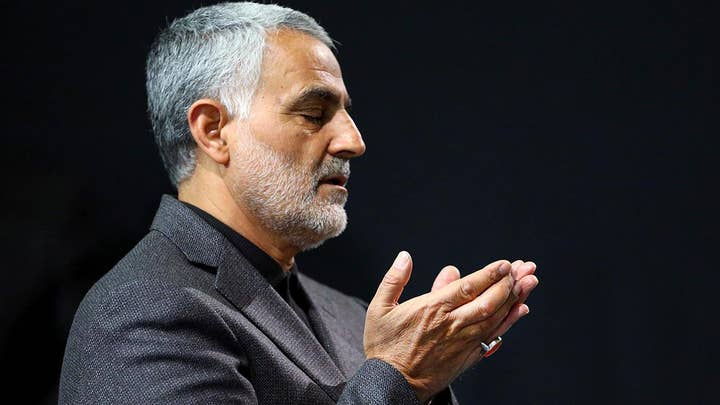 It was an assessment that those in the NCRI -- an umbrella group for Iranian resistance groups -- agreed with the assessment. Maryam Rajavi, the President-elect of the NCRI, said in a statement that Soleimani was “one of the most vicious criminals of Iran’s history.” She went on to predict that “the process of overthrowing the mullahs will be greatly expedited”

“While the prospects for the ruling theocracy’s overthrow is within reach, it is time for the regime’s armed forces to refrain from firing on the Iranian people, lay down their weapons and surrender. The armed forces’ patriotic personnel must join the people of Iran,” she said.

Iran’s regime has been struggling to deal with an uprising in the country, fueled by a weakened economy that has been put under significant pressure by the U.S. since it conducted its “maximum pressure” campaign under President Trump. The administration has ratcheted up sanctions on Tehran since it left the Iran nuclear deal in 2018, which has seen rising gas prices and the collapse of the rial in the last year.

Tensions at home exploded again in November when thousands of Iranians took to the streets to protest against the regime, leading to a brutal crackdown that saw at least 1,000 killed and thousands more imprisoned.

That has coincided with increased aggression by Iran abroad. The U.S. has alleged Iran was behind a wave of attacks on Saudi oil fields in September, and this week pro-Iran militants stormed the U.S. embassy in Baghdad. It was that attack, as well as the prospect of what Secretary of State Mike Pompeo described as an “imminent” threat on U.S. interests, that triggered the strike that obliterated Soleimani.

Dissidents say while the immediate effect is to curb Iran’s aggression abroad, it will also give impetus to those at home who are seeking democratic change -- connecting the regime’s expression of strength abroad to stability at home. Those seeking that change say that it is hard to underestimate the type of blow it deals to the regime.

“One of the strategic pillars of the regime for the past 40 years has been the export of terrorism and domination of the Middle East….to project power within Iran,” Ali Safavi, a member of Iran’s Parliament in Exile and member of the NCRI told Fox News Friday. “And with what happened last night, that equation has been upset and it has delivered a very significant blow to the aura of invincibility of Soleimani and in fact that image of that regime has been shattered.” 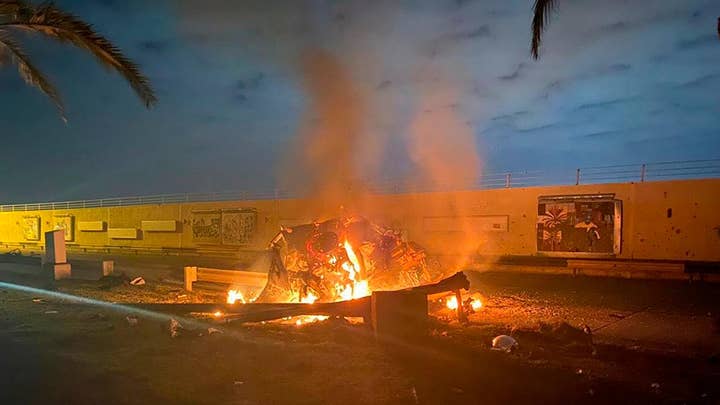 “It tilts the balance against the regime in favor of the people in Iran, it boosts the morale of protesters who have been in streets since November in 190 cities...and it has a very damaging impact on the regime's own forces, in their morale, they lose the momentum they were trying to build,” Jafarzadeh said.

As the world watches for what Iran will do next, with international leaders and Democrats in Washington fearing a possible escalation by the regime, Iranian leaders are hoping that those at home will be motivated by the strike -- but that it will also encourage others in the international community to join the U.S. approach.

“Whenever there is decisive action taken against the regime it sends an important signal to the people of Iran that the Iranian regime cannot carry out its atrocities within Iran or outside with impunity,” Safavi said. “And I think now it is time for the international community, especially the European Union, to end their policy of appeasement and recognize the right of Iranian people to resist and rise for freedom.”