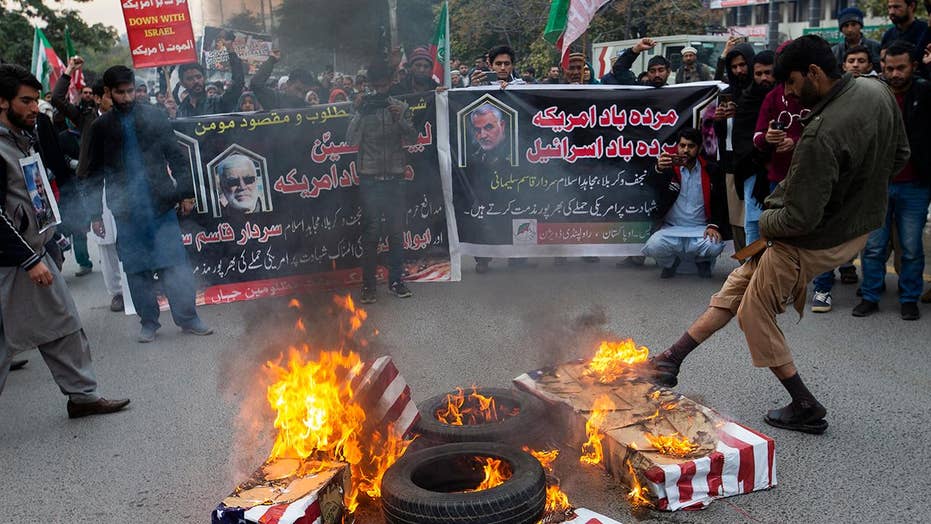 BAGHDAD (AP) — Thousands of mourners chanting “America is the Great Satan” marched in a funeral procession Saturday through Baghdad for Iran's top general and Iraqi militant leaders, who were killed in a U.S. airstrike.

Gen. Qassem Soleimani, the head of Iran's elite Quds force and mastermind of its regional security strategy, was killed in an airstrike early Friday near the Iraqi capital's international airport that has caused regional tensions to soar.

Iran has vowed harsh retaliation, raising fears of an all-outwar. U.S. President Donald Trump says he ordered the strike to prevent a conflict. His administration says Soleimani was plotting a series of attacks that endangered American troops and officials, without providing evidence.

An official with the U.S.-led coalition in Iraq said it has scaled back operations and boosted “security and defensive measures” at bases hosting coalition forces in the country. The official spoke on condition of anonymity according to regulations.

Washington has dispatched another 3,000 troops to neighboring Kuwait.

The mourners, mostly men in black military fatigues, carried Iraqi flags and the flags of Iran-backed militias that are fiercely loyal to Soleimani. They were also mourning Abu Mahdi al-Muhandis, a senior Iraqi militia commander who was killed in the same strike. (PMF Media Office via AP)

Soleimani was the architect of Iran's regional policy of mobilizing militias across Iraq, Syria and Lebanon, including in the war against the Islamic State group. He was also blamed for attacks on U.S. troops and American allies going back to the 2003 invasion of Iraq.

The mourners, mostly men in black military fatigues, carried Iraqi flags and the flags of Iran-backed militias that are fiercely loyal to Soleimani. They were also mourning Abu Mahdi al-Muhandis, a senior Iraqi militia commander who was killed in the same strike.

The procession began at the Imam Kadhim shrine in Baghdad, one of the most revered sites in Shiite Islam. Mourners marched in the streets alongside militia vehicles in a solemn procession.

The mourners, many of them in tears, chanted: "No, No, America," and “Death to America, death to Israel.” Mohammed Fadl, a mourner dressed in black, said the funeral is an expression of loyalty to the slain leaders. “It is a painful strike, but it will not shake us,” he said.

In this image made from a video, mourners gather for a funeral procession for Gen. Qassem Soleimani, in Baghdad Saturday, Jan. 4, 2020. The head of Iran's elite Quds force and mastermind of its regional security strategy, was killed in an airstrike early Friday near the Iraqi capital's international airport that has caused regional tensions to soar.  (PMF Media Office via AP)

Two helicopters hovered over the procession, which was attended by Prime Minister Adel Abdul-Mahdi and leaders of Iran-backed militias.

The gates to Baghdad's Green Zone, which houses government offices and foreign embassies, including the U.S. Embassy, were closed.

TUCKER CARLSON ON SOLEIMANI KILLING: 'THERE ARE AN AWFUL LOT OF BAD PEOPLE IN THIS WORLD. WE CAN'T KILL THEM ALL'

Iraqis surround a coffin, draped in an Iranian national flag, during the funeral procession of Iraqi paramilitary chief Abu Mahdi al-Muhandis, Iranian military commander Qasem Soleimani, and eight others, in the capital Baghdad's district of al-Jadriya, near the high-security Green Zone, on January 4, 2020. (AFP/Getty)

Iraq, which is closely allied with both Washington and Tehran, condemned the airstrike that killed Soleimani and called it an attack on its national sovereignty. Parliament is to meet for an emergency session on Sunday, and the government has come under mounting pressure to expel the 5,200 American troops based in the country, who are there to help prevent a resurgence of the Islamic State group.

The U.S. has ordered all citizens to leave Iraq and closed its embassy in Baghdad, where Iran-backed militiamen and their supporters staged two days of violent protests earlier this week in which they breached the compound.

The British government has warned travelers not to go anywhere in the country except for the semi-autonomous Kurdish region, and there only for trips considered essential. In its advisory, the Foreign and Commonwealth Office said the security situation “could deteriorate quickly."

No one was hurt in the embassy protests, which came in response to U.S. airstrikes that killed 25 Iran-backed militiamen in Iraq and Syria. The U.S. said the strikes were in response to a rocket attack that killed a U.S. contractor in northern Iraq, which Washington blamed on the militias.

Mourners reach for the coffin during the funeral of Iran's top general Qassem Soleimani in Baghdad, Iraq, Saturday, Jan. 4, 2020. (AP)

Tensions between the U.S. and Iran have steadily intensified since Trump's decision to withdraw from the 2015 nuclear deal and restore crippling sanctions.

The administration's “maximum pressure” campaign has led Iran to openly abandon commitments under the deal. The U.S. has also blamed Iran for a wave of increasingly provocative attacks in the region, including the sabotage of oil tankers in the Persian Gulf and an attack on Saudi Arabia's oil infrastructure in September that temporarily halved its production.

Iran denied involvement in those attacks, but admitted to shooting down a U.S. surveillance drone in June that it said had strayed into its airspace.

On Saturday, billboards appeared on major streets in Iran showing Soleimani and carrying the warning from Supreme Leader Ayatollah Ali Khamenei that “harsh revenge” awaits the US.

Iranian state television also aired images of a ceremony honoring Soleimani at a mosque in the Shiite holy city of Qom, where a red flag was unfurled above the minarets. Red flags in Shiite tradition symbolize both blood spilled unjustly and serve as a call to avenge a person who is slain.

“The Americans did not realize what a great mistake they made,” Rouhani said. “They will see the effects of this criminal act, not only today but for years to come.” 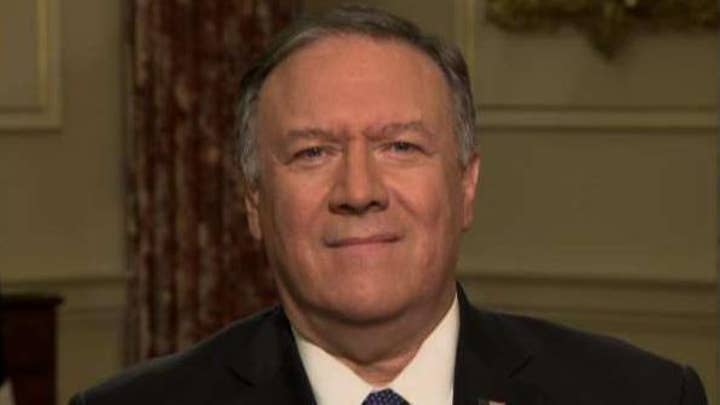 Global powers had warned Friday that the killing of Soleimani could spark a dangerous new escalation, with many calling for restraint.

Adel al-Jubeir, the Saudi minister of state for foreign affairs, took to Twitter to reiterate the kingdom's call for "self-restraint" to avoid “unbearable consequences.”

Another Saudi official confirmed to The Associated Press that the U.S. did not give a heads-up to Saudi Arabia or its other Gulf allies before carrying out the strike that killed Soleimani. The official was not authorized to discuss security matters and so spoke on condition of anonymity.

Illustrating Soleimani's regional reach, Palestinian factions in the Gaza Strip, including the territory’s Hamas rulers, opened a mourning site for the slain general and dozens gathered to burn American and Israeli flags.

Ismail Radwan, a senior Hamas official, said the killing of Soleimani was “a loss for Palestine and the resistance.” Iran has long provided aid to the armed wing of Hamas and to the smaller Islamic Jihad militant group.