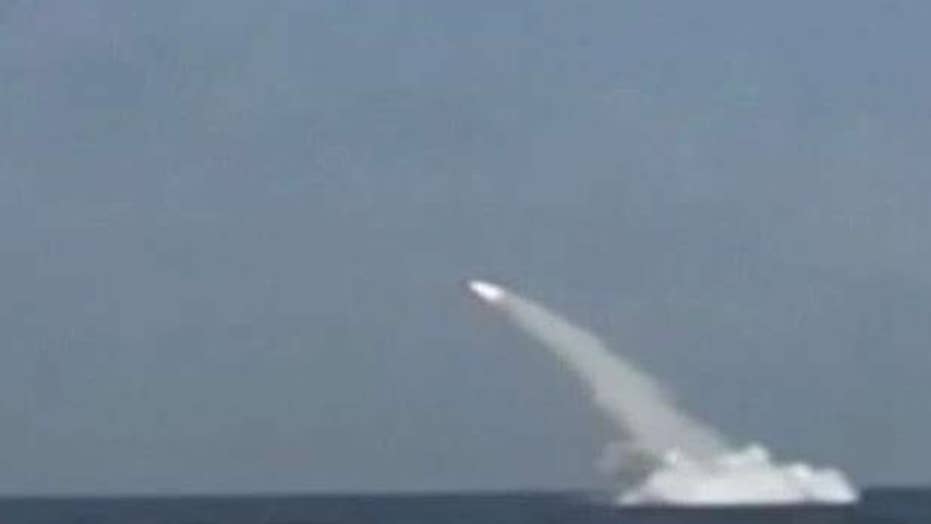 Iranians test fired a cruise missile in the strait of Hormuz as part of their annual military drills; Trey Yingst reports from Jerusalem.

TEHRAN, Iran – Iran says it has launched a cruise missile from a submarine for the first time during an ongoing annual military drill in the Strait of Hormuz.

The semi-official Fars news agency reported the launch on Sunday and released an image showing a green submarine on the surface of the water launching an orange missile. It says other submarines have the same capability.

Iran frequently touts its military arsenal, much of which is manufactured locally because of international sanctions. The Strait of Hormuz, at the mouth of the Persian Gulf, is a crucial bottleneck for global energy supplies, with about a third of all oil traded by sea passing through it.

Tensions have risen since the U.S. withdrew from Iran's 2015 nuclear agreement with world powers and restored wide-ranging sanctions.