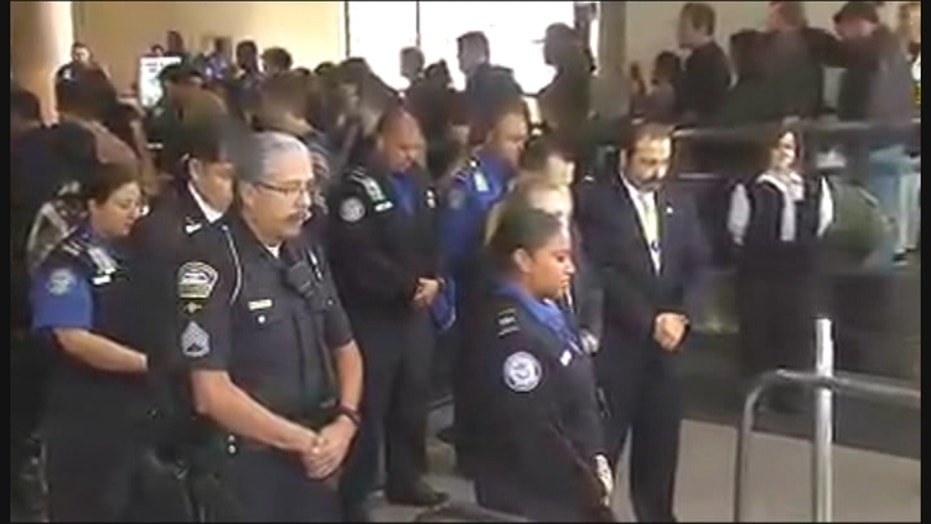 Airports around the nation have observed a moment of silence to honor the TSA officer killed by a gunman at Los Angeles International Airport a week ago.

Los Angeles – Airports around the nation observed a moment of silence Friday to honor the Transportation Security Administration officer killed by a gunman at Los Angeles International Airport a week ago.

With heads bowed and hands folded, passengers and TSA officers alike stopped Friday at LAX as "Taps" was played to remember Gerardo Hernandez. Operations were halted at hundreds of U.S. airports at 9:20 a.m. PST — the same time Hernandez was shot and killed last week.

The 39-year-old father of two was the first TSA officer killed in the line of duty. A public memorial service for Hernandez will be held Tuesday at the Los Angeles Memorial Sports Arena.

Federal agents are investigating possible ties between Ciancia and a widely circulated conspiracy theory that the U.S. government is preparing to establish a totalitarian state.

Ciancia has been charged with first-degree murder of a federal officer and committing violence at an international airport. It wasn't immediately known when he will make his first court appearance.