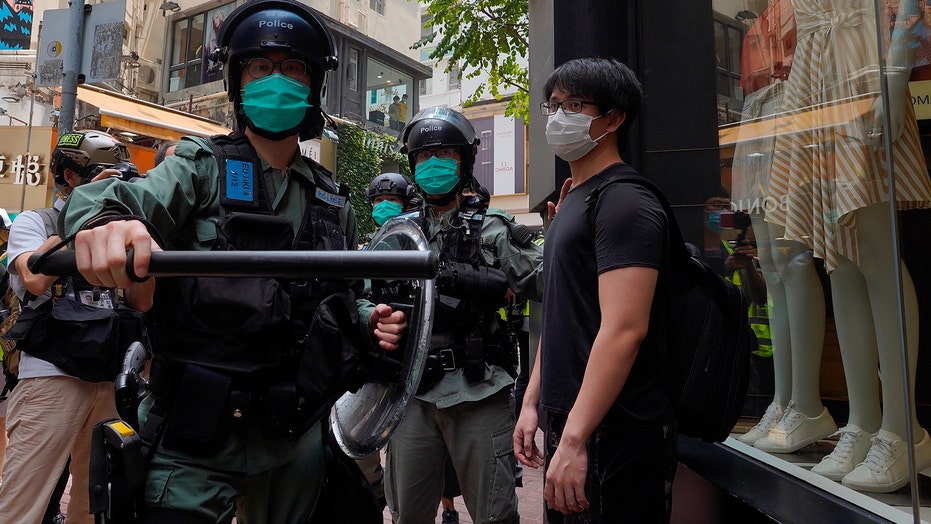 The Hong Kong Police Force has reprimanded one of its officers for sarcastically chanting anti-police brutality slogans while patrolling a demonstration Friday evening, according to reports.

Protesters had gathered in the Kowloon neighborhood of Hong Kong to mark the anniversary of the first major clashes that led to civil unrest last year, the South China Morning Post reported.

As police attempted to disperse the crowd, one officer walked toward a person filming the action and chanted in English, “Black Lives Matter” and “I can’t breathe.”

The words have been emblazoned on banners and shouted by protesters across the world following the death of George Floyd while in police custody in Minneapolis.

The Hong Kong officer appeared to be mocking demonstrators, since he followed his protest chants by declaring, “This is not America."

Authorities have rebuked the officer for engaging in activities “not relevant” to his duties.

“Management of the Force is concerned and is of the view that the language used by the frontline police officer yesterday (June 12) was not relevant to his duties at [the] scene. The officer has been rebuked and reminded to always present himself professionally and enhance his sensitivity,” read a police statement to the Hong Kong Free Press.

A police spokesperson said officers found to have committed a breach of discipline “will be subject to investigation" and possible disciplinary action.

In a Facebook post, the Hong Kong Journalists Association condemned the officer’s actions and called on the police force to address a “lack of emotional control by frontline officers.”