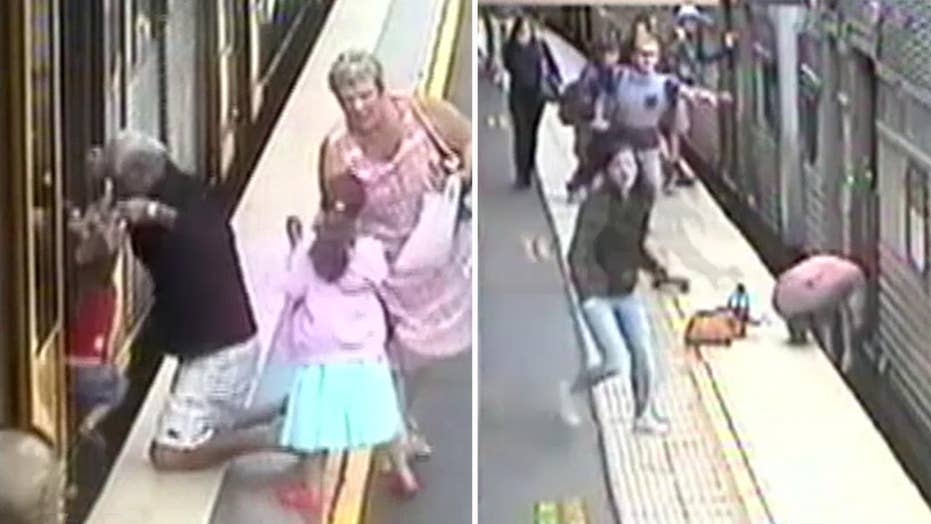 Shocking CCTV footage shows the youngster, who appeared to be travelling with his sister and grandparents, disappearing underneath the train as he tried to board it at Cronulla railway station in Sydney.

As the boy steps onto the train, his foot slips and unable to gain his balance, he plunges into the gap and out of sight.

His panicked grandparents, who watch on in horror, start shouting for help in a bid to stop the train driver from pulling away.

But the boy’s quick-thinking grandfather gets down on his knees and reaches down to pull the child to safety.

Train staff eventually rush to the scene to check on boy’s welfare.

The young lad appears to be unharmed from the ordeal.

The incident happened last year, but the footage has recently emerged to highlight the dangers of children falling beneath train stations.

The incidents have prompted a warning to all parents to pay attention to their kids while boarding or stepping off trains.

Australian Transport Minister Andrew Constance told Daily Telegraph: “The rise in the number of injuries suffered by kids slipping through the gap on station platforms is a concern.