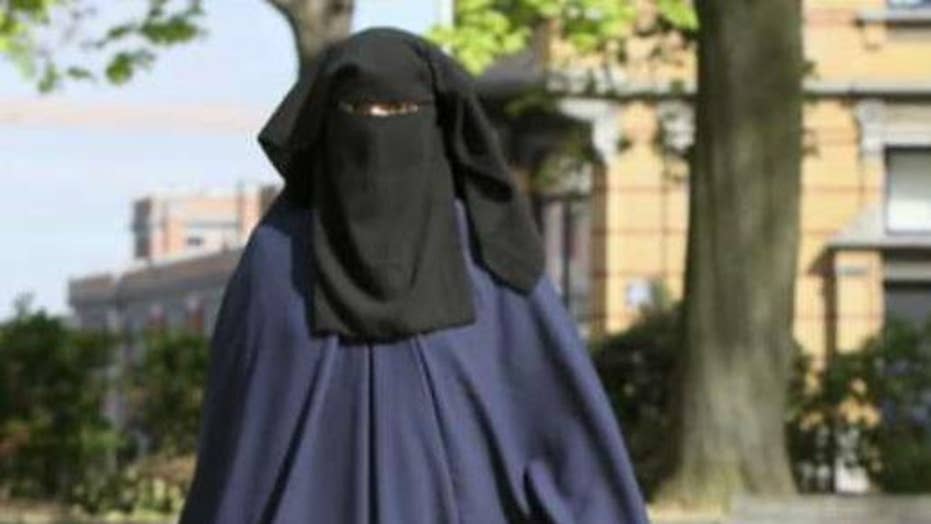 A fair and balance debate on 'The Kelly File'

A government proposal to ban the wearing of full-face veils for public servants in Germany is moving closer to becoming law.

The legislation, which still needs upper house approval before becoming legal, was passed by the German lower house of Parliament on Thursday.

The law was proposed in 2016 by security officials from German Chancellor Angela Merkel’s conservative bloc. Those officials said that wearing a burqa and other face-covering items in courts, public schools, and elsewhere compromised the neutrality of public servants.

It is often important for public servants’ identity to be known and that is prevented by the wearing of the veils, the officials argued.

According to the text of the law, “the state has a duty to present itself in an ideologically and religiously neutral manner.” Consequently, all public servants, including military, judicial staff, and election officials, will have to comply with the prohibition if it’s passed, AFP reported.

The ban is not a new concept in European countries. France previously issued a ban on face-covering veils in public and headscarves in school amid terror fears in the country, and in March, an European Union court ruled that Islamic headscarves could be banned by employers.

Britain’s UK Independence Party recently also has stepped into the mix with a proposal to outlaw full-face veils such as burqas. The party also is looking to halt female genital mutilation.

“I don’t believe you can integrate fully and enjoy the fruits of British society if you can’t see people’s faces,” UKIP leader Paul Nuttall told the BBC.

Critics of the new German measure say that the move is more symbolic, and have said that there are few public servants who actually wear the veil.