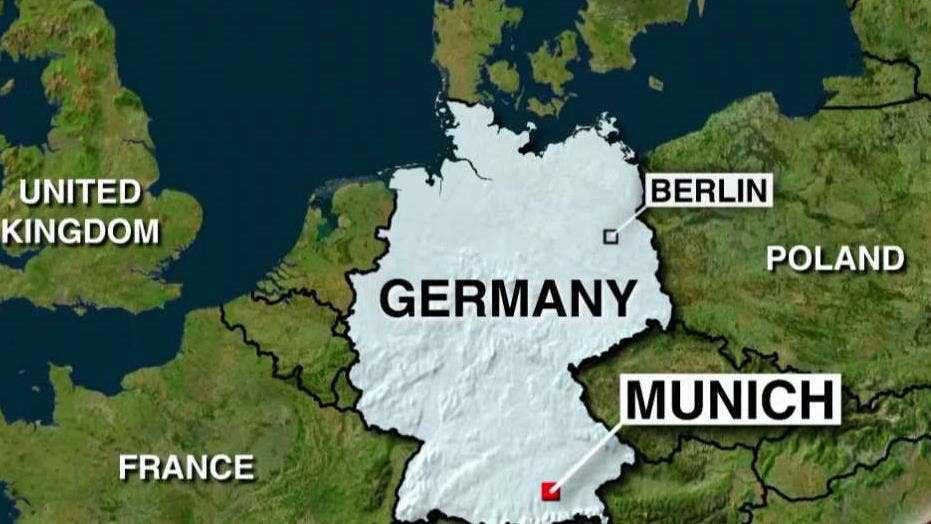 Two Munich train stations were evacuated Thursday due to an “imminent threat” of a terror attack just minutes before New Year’s celebrations were set to hit the German city.

Munich police president Hubertus Andrae said German authorities had been tipped off by a foreign intelligence service that ISIS was planning attacks with five to seven suicide bombers, the German news agency dpa reported. Andrae said so far there hadn't been any arrests.

Police spokesman Werner Kraus told The Associated Press that "after evaluating the situation, we started evacuating the train stations and also asked partygoers to stay away from big crowds outside."

Munich police said earlier on Facebook that according to "serious information, there will be an attack tonight" and later revealed that authorities were working off of two different "concrete" tips. Officials did not elaborate on the nature of the threat or who had warned them.

But police asked anyone in Munich to stay away from the primary Munich train station, as well as another station in the city's Pasing neighborhood.

Despite police warnings to stay away from big crowds, thousands of people were on the streets of Munich at midnight to welcome the new year with fireworks.

Dpa reported massive delays in the city's public transportation system after both train stations were quickly evacuated and trains were no longer stopped there.

In the midst of the terror warning, police across the country have stepped up security.

Berlin police were searching revelers who wanted to ring in the New Year at the Bradenburg Gate and were stopping people with large bags from entering the area, DW.com reported.

Up to a million revelers were expected at Berlin's annual New Year's Eve party at the landmark.

"It's just now 2016 and people are celebrating the New Year like nobody seems to know about the terrorist warning," Torbin Ostermann, a German journalist in Munich, told Sky News.

Ostermann added: "There is nobody in the main station at the moment, but the atmosphere in Munich is like a normal new year. It's a bit weird though that we have a terrorist warning and people are firing off their fireworks."