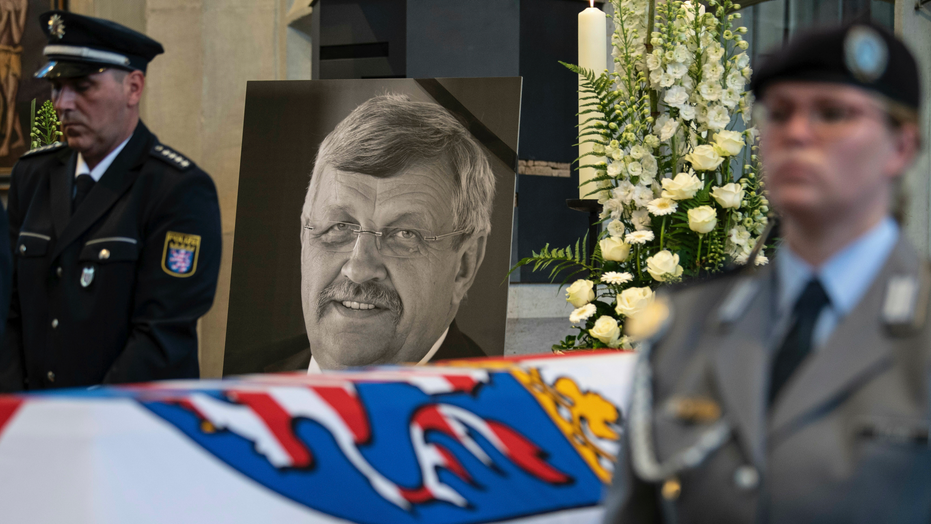 BERLIN – German prosecutors say there is “a far-right background” to the killing of a close ally of Chancellor Angela Merkel who was known for outspoken pro-migrant views.

Walter Luebcke, a long-time member of Merkel’s center-right Christian Democrats, was found shot in the head on June 2 at his home near the central German city of Kassel, where he led a regional government office.

Horst Seehofer, German interior minister,  said Tuesday that while the alleged perpetrator’s motive has yet to be conclusively confirmed, federal prosecutors had taken charge of the case because “there is sufficient evidence for a far-right background to the crime.”

“A far-right attack on a leading representative of the state is an alarm signal and it’s directed at all of us.”

“A far-right attack on a leading representative of the state is an alarm signal and it’s directed at all of us,” Seehofer said.

Luebcke was known for strongly favoring the government’s view of welcoming refugees during the 2015 influx that led to hundreds of thousands of refugees settling in Germany.

Police arrested a 45-year-old known far-right extremist on Saturday who already had a number of convictions for violent crimes dating back decades, though the last recorded incident was in 2009.

In this June 13, 2019 file photo a picture of Walter Luebcke stands behind his coffin during the funeral service in Kassel, Germany. German authorities say they have arrested a 45-year-old man in connection with their investigation into the slaying of a regional official from Chancellor Angela Merkel’s party. (DPA via AP)

German media say that the suspect, identified by police only as Stephan E., had been using social media to spread far-right ideology.

The interior minister condemned the hateful comments directed towards the slain lawmaker before and after his death, but didn’t blame any particular group for the alleged attack.

Yet other politicians jumped on the revelations and blamed the far-right Alternative for Germany (AfD) party for contributing to a climate of hatred.

Christian Democratic politician Michael Brand told Deutschlandfunk radio Tuesday that there was a “direct line” between the views of some in Alternative for Germany and the shooting of Luebcke.

Alternative for Germany’s leadership, meanwhile, condemned the killing and called for a thorough investigation into the case.