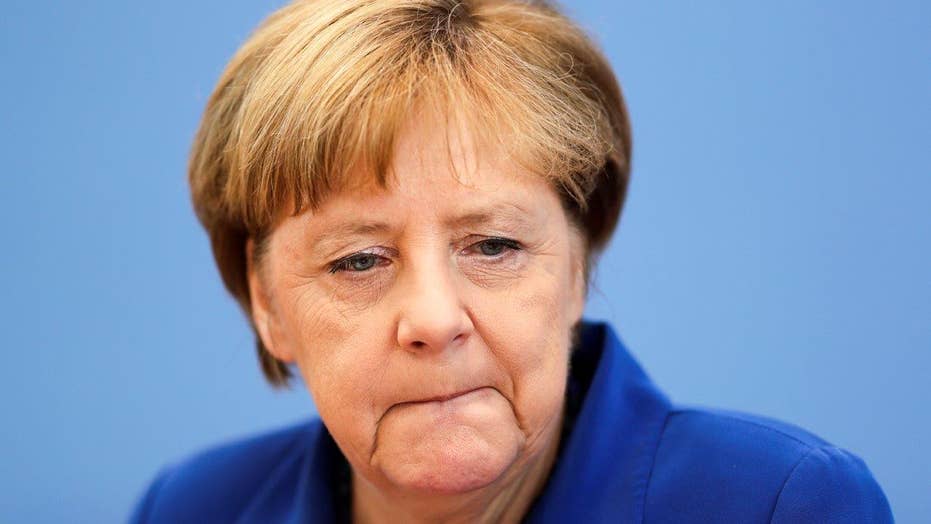 Germany on high alert after series of terror attacks

A wall that will tower more than 12 feet is being built in Munich after locals raised fears young refugees would be moving into the area.

The barrier – which is higher than the Berlin Wall – is being built in Neuperlach Süd to separate the current community from the 160 unaccompanied young migrants moving to a nearby shelter.

Locals who campaigned for the wall argued that the values of their home would decrease if the refugees remained in the area for an extended period of time.

They also raised concerns about the noise and behavior of the refugees.

A West German policeman, left, helps an East German border guard who climbs through a gap of the Berlin Wall in 1989. (AP Photo/Thomas Kienzle)

The Berlin Wall, which stood at 11.8 feet, is smaller than the new wall.

A local judge of the Administrative Court in Munich permitted the wall, saying the new arrivals should not be able to use the wall for “ball throwing games” or other “leisure use”, local news Merkur reported.

While the wall has been used as an example of how Germany’s Chancellor Angela Merkel’s refugee policy is not working, the structure is not supported by the entire community.

Deputy District chairman Guido Bucholtz said: “I was frightened when I saw this monster of a wall.”

The wall will reportedly be covered in vines after it is completed.

One couple told local medai: “Donald Trump wants to build a wall for Mexico, and we in Munich Neuperlach build one to keep us safe from refugees.”

Merkel recently admitted that Germany may have failed with its open-door immigration policy, saying: “If I could, I would go back in time to be better prepared for the refugee crisis in 2015, for which we were rather unprepared.”

Concerns also have been raised that some asylum seekers who escaped their war-torn countries were returning to their homes for a holiday, despite claiming they needed to flee persecution.

Germany has accepted more than 1.3 million asylum seekers, but has sought to reconsider its policy around migration.