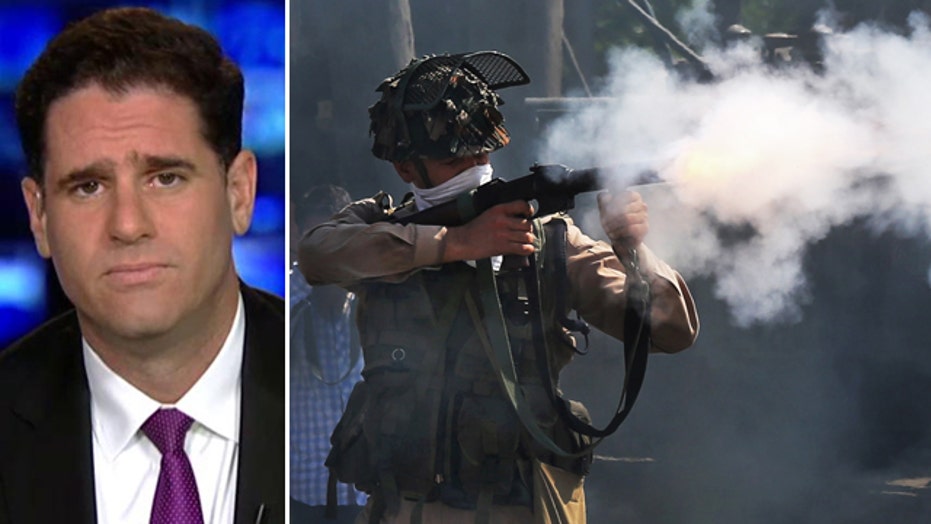 Gaza residents used a 12-hour humanitarian cease-fire on Saturday to stock up on supplies and survey the devastation from nearly three weeks of fighting, as they braced for a resumption of Israel's war on Hamas amid stalled efforts to secure a longer truce.

In the northern town of Beit Hanoun, the main road was impassable in parts due to the debris from the damaged homes. The town's hospital had been hit by a tank shell, power lines were dangling and dead donkeys were strewn on the street. A man was hitting his head and wailing "my house, my house."

Sitting outside a shop on the main road near a pile of rubble, 37-year-old Siam Kafarneh was crying. The mother of eight said the home she had moved into two months earlier and spent 10 years saving for had been destroyed.

"Nothing is left. Everything I have is gone," she said.

The temporary lull appeared unlikely to change the course of the current hostilities amid ominous signs that the war was spilling over into the West Bank and a warning by Israel's defense minister that it might soon expand its Gaza ground operation "significantly."

The Israeli military said its troops "shall respond if terrorists choose to exploit" the lull to attack Israeli soldiers or civilians. The military also said "operational activities to locate and neutralize tunnels in the Gaza Strip will continue."

Previous humanitarian cease-fires have been cut short by a resumption of fighting, but the pause on Saturday appeared to be holding, as residents returned to the streets and packed into banks and grocery stores.

Israel launched a major aerial offensive in Gaza on July 8 and later sent ground troops into the Hamas-ruled territory in a bid to halt Palestinian rocket fire and destroy a vast network of cross-border tunnels used by militants to stage attacks.

Nearly 900 Palestinians, mainly civilians, have been killed over the past 18 days. Israel says it is doing its utmost to prevent civilian casualties and blames Hamas for putting them in harm's way. Israel has lost 37 soldiers and two citizens and a Thai worker has been killed.

The lull was agreed upon by both sides after Kerry failed to broker a weeklong truce as a first step toward a broader deal.

"We are looking for a long cease-fire, not only 12 hours," said Gaza resident Mohammad Abu Shaaban. "We hope the cease-fire will continue and not to return back to the killing and destruction."

Israel wants more time to destroy tunnels and rocket launching sites in Gaza, while the territory's Hamas rulers want international guarantees that an Israeli and Egyptian border blockade will be lifted.

The Israeli government has also begun suggesting that Gaza be demilitarized as a condition for a permanent cease-fire so that Hamas cannot rearm itself ahead of yet another round of fighting. The current war is the third in Gaza in just over five years.

Kerry arrived in Paris on Saturday for talks with several international diplomats in another attempt to forge a comprehensive cease-fire deal, the Jerusalem Post reported. The meeting was to include representatives from Turkey, Qatar, Germany, Italy, Britain and European Union foreign policy chief Catherine Ashton. No representatives from Israel, Hamas or the Palestinian Authority will be present.

Gaza residents used the lull Saturday to withdraw cash from banks and restock on groceries and other goods. As residents grabbed what little of their belongings they could from the wreckage in Beit Hanoun, two armed, masked fighters silently walked by — a rare sight in Gaza.

In the West Bank, which had been relatively calm for years, protests raged Friday against Israel's Gaza operation and the rising casualty toll there. At least six Palestinians were killed by Israeli fire in the West Bank, hospital officials said.

Gaza militants have fired close to 2,500 rockets at Israel since July 8, exposing most of Israel's population to an indiscriminate threat that has killed three civilians.

"At the end of the operation, Hamas will have to think very hard if it is worth it to taunt us in the future," Yaalon was quoted as telling soldiers manning an Iron Dome anti-missile battery. "You need to be ready for the possibility that very soon we will order the military to significantly broaden ground activity in Gaza."