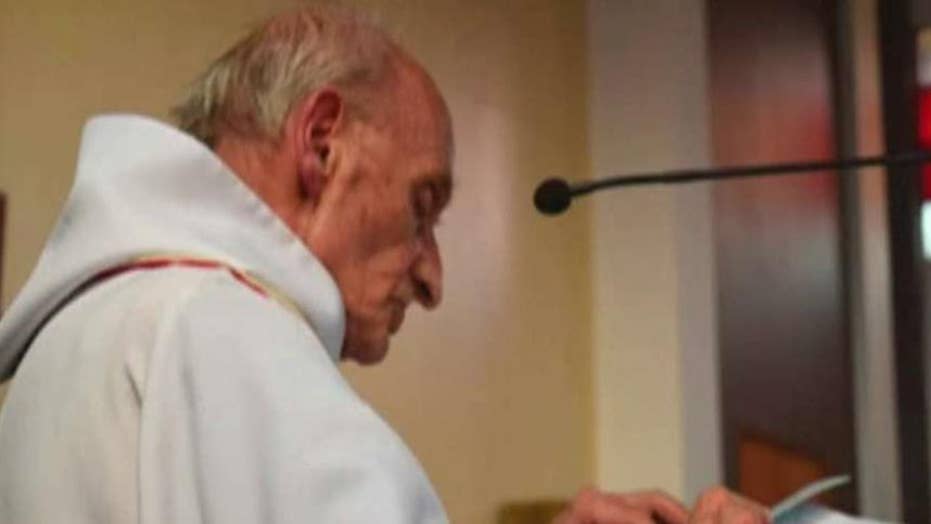 Muslims have refused to bury one of the terrorists who murdered a French Catholic priest this week as he celebrated Mass.

Community leaders in Saint-Etienne-du-Rouvray, Normandy said they did not want to "taint" Islam by having any association with Adel Kermiche, the 19-year-old jihadist who killed Father Jacques Hamel in his hometown in northern France.

Mohammed Karabila, president of the local Muslim cultural association and imam of one of the town's mosques, told Le Parisien newspaper: "We're not going to taint Islam with this person. We won't participate in preparing the body or the burial."

In a separate conversation with Sky News, Karabila reiterated there would be no involvement by the mosque's religious leadership in any funeral.

However, he added that if the mayor's office were to request the mosque receive the body, and Kermiche's family were to indicate they wanted a burial, they would be obligated to assign an individual from the community to oversee the process.

As yet Kermiche's family have not indicated whether they want a funeral for their son.

Muslims in the town were supportive of the community leaders' decision.

Khalid El Amrani, a 25-year-old technician, said he thought it was "normal" that the mosque would refuse to help with the burial.

"What this young man did was sinful, he is no longer part of our community," he said.

The mayor's office will have the final say on whether Kermiche can be buried in the town.

Kermiche and Abdel-Malik Petitjean, also 19, stormed into the 17th-century stone church on Tuesday, taking hostages before killing the priest and seriously wounding another captive.

They were shot dead by police as they exited the building using nuns as human shields.

The two nuns who were in the church when Hamel had his throat cut said one smiled as he carried out the attack.

Sister Huguette Peron told Catholic newspaper La Vie: "I got a smile from the second (man). Not a smile of triumph, but a soft smile, that of someone who is happy."

At one point, Sister Helene got tired and asked to sit down.

Then the men started talking about religion, asking the nun if she was familiar with the Koran.

"Yes, I respect it like I respect the Bible, I've read several suras. And those that hit me in particular are the suras about peace," Sister Helene responded.

One of the attackers replied: "Peace, it's what we want ... as long as there are bombs on Syria, we will continue our attacks. And they will happen every day. When you stop, we will stop."