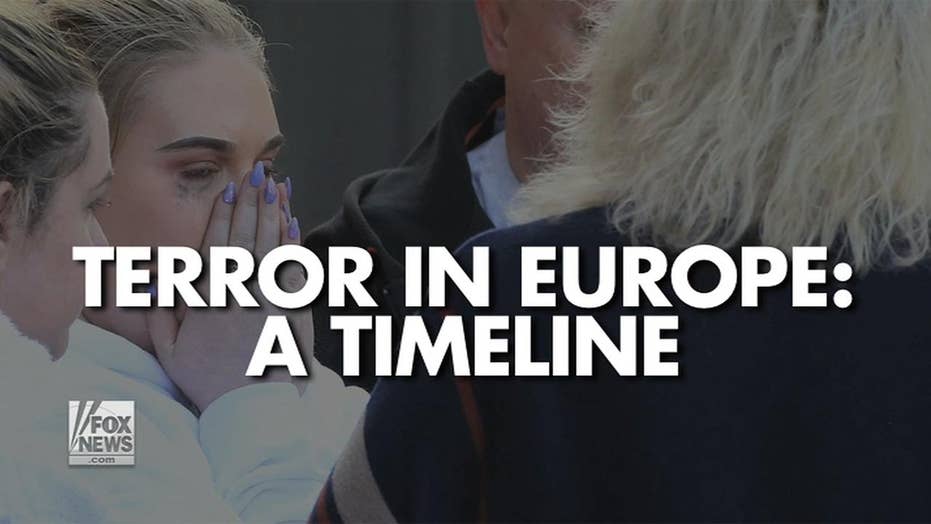 French police will be given wider search and arrest power and will be allowed to close places of worship accused of condoning terror under a controversial bill France’s lower house of parliament overwhelmingly approved on Tuesday.

The counterterrorism bill will make permanent several measures put in place under a nearly two-year-old state of emergency.

Why are terror attacks in Europe on the rise?

The National Assembly passed the counterterrorism bill Tuesday by a 415-127 vote, with 19 lawmakers not taking part in the ballot. The law will now be heading to the Senate in the next few days or weeks and then will return to the lower house for a final vote.

The new legislation will allow authorities to confine suspected terrorism sympathizers to their neighborhoods, close places of worship accused of condoning terror and carry out more on-the-spot identity checks without the prior approval of a judge.

It will also allow the government to increase security perimeters in places deemed at risk, such as train stations and airports.

5 ARRESTED IN PARIS AFTER WIRED EXPLOSIVES FOUND IN POSH NEIGHBORHOOD

The law is expected to become permanent before a state of emergency, which was put in place after the 2015 Paris attacks, expires on November 1.

“We are still in a state of war,” he added, according to BBC News.

The new legislation encountered little public resistance as the country continues to reel from a string of terrorist attacks over the past two years.

The conservative Le Figaro newspaper recently found that 57 percent of French people were in favor of enshrining the measures into law.

Critics say the bill infringes on individual liberties and puts the country in a permanent state of emergency.

"The necessary control exerted by the judges to prevent abuses of individual rights are considerably weakened, leaving more discretionary powers to the police and administration," Pierre Bocquillon, a lecturer of politics at Britain's University of East Anglia, told Al Jazeera, said explaining the anti-terrorism law.

"By weakening the judiciary and empowering the executive, this represents a threat to the rule of law."

Marine Le Pen, the leader of the far-right National Front party who ran a failed presidential bid, said the law did not go far enough in combatting the “Islamist ideology that is waging war on us,” according to France 24.

Since the declaration of state of emergency, France has continued to battle against seemingly increased attacks on its people.

Most recently – just this weekend – a suspected Tunisian radical stabbed two 20-year-old women to death in the Mediterranean port city of Marseille. The attack by 29-year-old Ahmed Hanachi, who was shot dead by anti-terrorism patrols, brings the number of people killed in attacks claimed by, or attributed to, jihadists since January 2015 to 241.

The attack in Marseille was the 10th major attack since the state of emergency was imposed.

Authorities say they have foiled 12 planned attacks so far this year, including arresting five people on Monday in a chic Paris neighborhood. A neighbor alerted authorities to suspicion activity early Saturday in an apartment building in the affluent 16th district of western Paris.

Inside authorities said they found an apparent ready-to-detonate bomb. A firing device, made with a mobile phone and connected to several wires, had been attached to these cylinders, law enforcement sources told Le Point newspaper.