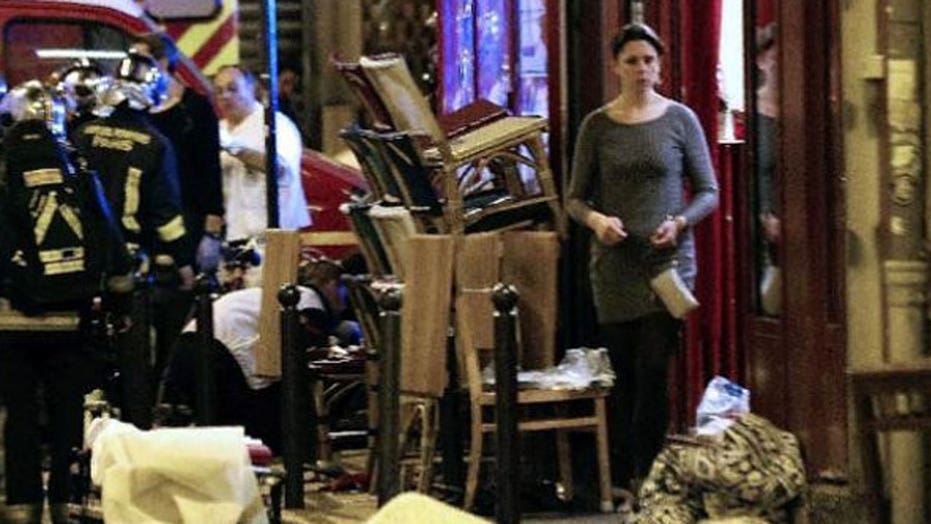 Inside look at Paris community targeted in anti-terror raid

France's Prime Minister urged the country's parliament to extend a state of emergency Thursday by warning that the associates of ISIS terrorists who attacked Paris last week could use chemical or biological weapons.

Manuel Valls was presenting a government bill to extend the state of emergency declared after Friday's attacks for another three months to the lower house of Parliament. It goes to the upper house Friday. If approved, the extension would be the first since riots in the Parisian suburbs in 2005. France's state of emergency laws date from the Algerian war of independence, which took place during the 1950s and early 1960s.

Hadfi, 20, has been described as a difficult and cold child whose retreat into Islamic extremism intensified as his father died of cancer.

The sting comes after Belgium's Prime Minister, Charles Michel, unveiled a $427 million package of new anti-terror measures following the Paris attacks. Under the plans, security will be boosted throughout the country and extra resources will be channeled into eradicating messages of hate.

Michel also called for Belgium's constitution to be amended - in a bid to increase the length of time a terror suspect can be held in police custody without charge.

Belgium's security services have been facing criticism following the coordinated attacks in the French capital, which killed 129 people, as several of the attackers were native Belgians.