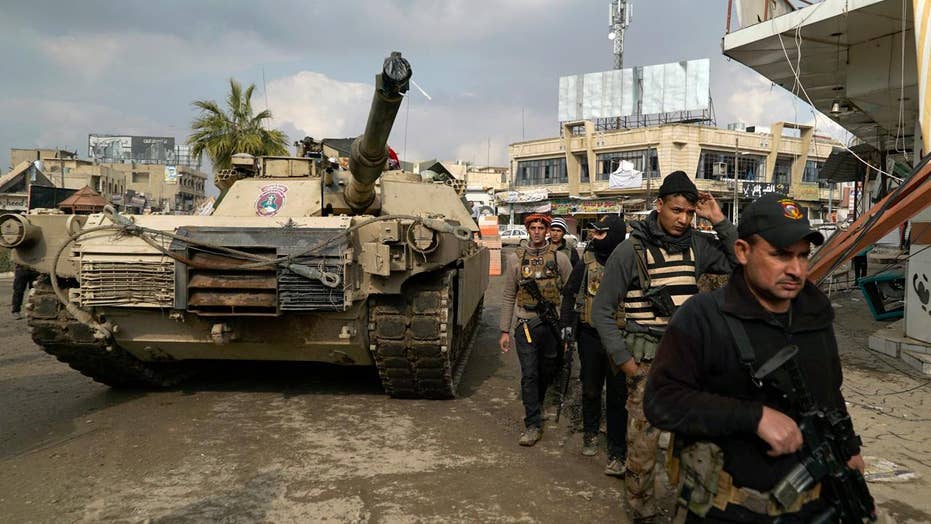 Headaches, bad backs and general malaise are plaguing the ranks of ISIS, with jihadists calling out sick from the fight to save their caliphate, according to a report.

Foreign fighters in particular seem to be going soft in the face of an offensive led by the Iraqi national military, Kurdish fighters and international forces. Documents discovered in recently liberated sections of Mosul show how the fair-weather jihadists go to great lengths to get out of combat.

The Washington Post reported that Iraqi forces who took over an ISIS base in Mosul found a document lamenting 14 “problem” fighters from the Tariq Bin Ziyad battalion. On the surface, reports that militants are on the ropes in former stronghold cities appears to be a good thing, but some disenfranchised members may work their way back to Europe.

“He doesn’t want to fight, wants to return to France,” one note reportedly said about a 24-year-old Algerian, who is  a resident of France. “Claims his will is martyrdom operation in France. Claims sick but doesn’t have a medical report.”

Another man from Kosovo complained of a headache. A Belgian militant got out of fighting by offering a doctor's note saying he had back pain.

The reports listed where each militant is from, his number of wives and the number of “slave girls” he has. The report said it is impossible to verify the documents, but Iraqi officers believe they are legitimate.

Maj. Gen. Joseph Martin, commanding general of the 1st Infantry Division, said he has not received any change to his orders in prosecuting the ISIS war in Iraq and Syria. When asked if the military could do more to stop the terrorists, he responded, "Our role is where it needs to be right now."

Martin said there was a "significantly higher" operational tempo in the fight for the terror group's Iraq stronghold of Mosul. However, it started late last year when Iraqi forces supported by U.S. airpower started pushing ISIS out of many of their fortifications in the city, after a new offensive was launched. The operation to retake Mosul started more than three months ago.

Lt. Col. Muhanad al-Tamimi, the leader of the group that found the documents in a desk draw, told the paper, “when those fighters refuse to fight it means that they’ve realized this organization is fake Islam and not the one they came for.”

Despite the report, Iraqi generals still expect a bloody fight ahead in the western side of the city.