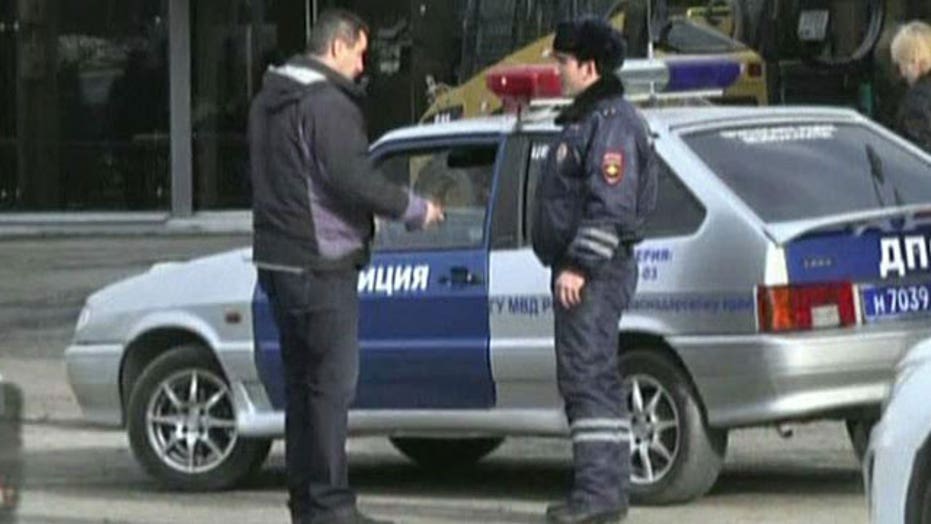 The United States and five European countries said Wednesday that they have received messages containing terrorist threats ahead of the upcoming Winter Olympics in Sochi, but Russian organizers and the International Olympic Committee are downplaying the threats, describing them as random messages from a member of the public.

The U.S., Germany, Hungary, Italy, Slovakia and Slovenia said they received the threats in the form of emails and handwritten letters, according to Reuters. The messages threatened that athletes will be targeted with terrorist attacks at the upcoming games.

"We have received the email in question and we have forwarded the message to the appropriate authorities," USOC CEO Scott Blackmun said. "The safety and security of Team USA is our top priority. As is always the case, we are working with the U.S. Department of State, the local organizers and the relevant law enforcement agencies in an effort to ensure that our delegation and other Americans traveling to Sochi are safe."

"Persons attending the Olympic Games might be blown up," read a portion of a message sent to Hungary, according to the country's Olympic committee international relations director, Zsigmond Nagy.

But Nagy told Reuters that the International Olympic Committee and the Russian organizing committee analyzed the letters and declared that the threat was "not real."

"Both the IOC and the Sochi organizing committee... officially declared after the analysis of the letter that this threat is not real, and this person has been sending all kinds of messages to many members of the Olympic family," he said.

Nagy quoted IOC officials saying that the letters were sent from a person outside Russia who has written such messages before, but the person was not identified, Reuters reports.

Bence Szabo, secretary general of the Hungarian Olympic committee, told the sports daily Nemzeti Sport on Wednesday that the message urged the Hungarian delegation to stay away from the Winter Games, which run from Feb. 7-23.

The IOC repeated its stance that it "takes security very seriously."

"[We will] pass on any credible information to the relevant security services," the IOC said in a statement. "However, in this case it seems like the email sent to the Hungarian Olympic Committee contains no threat and appears to be a random message from a member of the public."

"Also, please allow us to say that it would be totally wrong to describe this as a threat," the IOC's head of media relations Emmanuelle Moreau said. "The email is one person's opinion about security and terrorism. It is not a threat from a terrorist. We are sure you appreciate we take real threats very seriously but that also means -- with this specific email from one individual -- that we must not create a threat where one does not exist."

A spokeswoman for Switzerland's Olympic committee said similar threats were "normal" so close to the Winter Games, and that athletes and officials would base their travel plans on the assessment of security and diplomatic officials.

"This is kind of an everyday mail. This is normal before every Olympics," Martina Gasner told The Associated Press by telephone. "We work with the federal offices for police and foreign relations."

"If they say you can go to Sochi, we will go, and if one day they will say it is too dangerous and we command you not to go, then we will change our plans," she said.

Meanwhile, Russian officials are hunting down three potential suicide bombers, including one believed in be in Sochi. The State Department is telling those attending the games to remain attentive to personal security. U.S. lawmakers have also expressed serious concerns.

There was no immediate indication of Putin's response to Obama's offer, but officials said the two countries were also involved in “exploratory discussions” to use high-tech American equipment to help secure the games.

Fox News' Jonathan Hunt and The Associated Press contributed to this report.