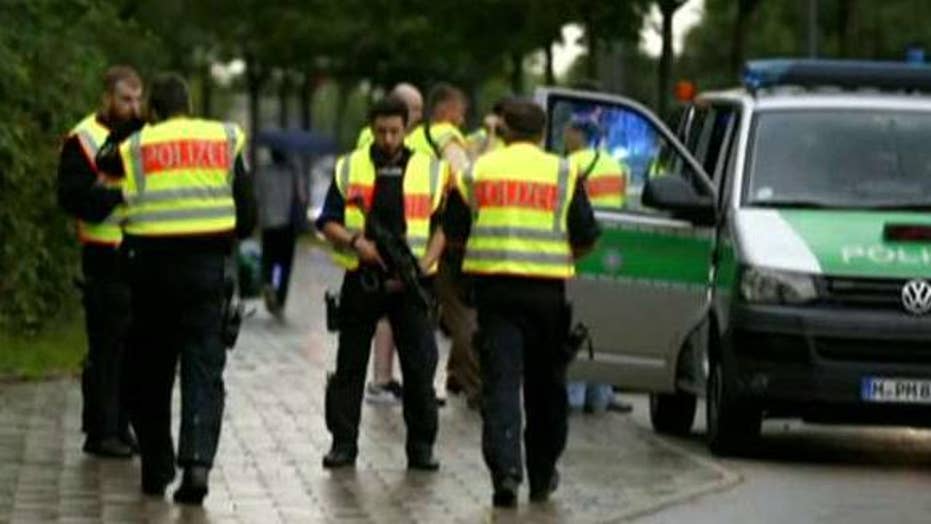 Europe's handling of the refugee crisis

Did Germany's policies play a part in the Munich attack? 'The O'Reilly Factor investigates

European governments are losing track of significant numbers of children who have entered the continent without their parents as refugees from war-torn areas in the Middle East and beyond.

The Belgian government has ensured that any minors in “difficult circumstances” have received assistance, said Sharon Beavis, a spokeswoman for the Justice Ministry. “The federal department of Justice remains committed to track, identify, register and assist any unaccompanied minors as best as possible,” she said.

The figures from Belgium and other parts of Europe show unaccompanied children slipping through the cracks in Europe’s social-safety net. Lone children, according to officials and advocates, remain at the greatest risk of falling victim to labor and sexual exploitation. Some officials also worry young refugees, including those who have disappeared, could be targeted for recruiting by Islamic State and other extremist groups.

In 2015, 88,245 unaccompanied children—91% of them boys—sought asylum in the European Union, and officials estimate that there are as many as 10,000 missing migrant children. This year, 90% of migrant children arriving in Italy were unaccompanied. Advocates say the families of children often pay smugglers in advance but often this depends on their nationality, with poorer migrants from Afghanistan or Eritrea forced to work for smugglers to pay for their passage.

Thirteen-year-old Eritrean Samuel Senai arrived in Europe in May without his family. While crossing the Mediterranean, he witnessed some 100 migrants drown when the boat behind his own capsized.

Hospitalized for shock in Italy, after a week he ran away and a fellow migrant paid for a smuggler to transport them to Milan. But once there, the migrant’s sister demanded he reimburse her $277 for the ride, and refused to let him leave.

Samuel was allowed to go after his brother wired money to the woman, and he made his way alone to the Netherlands. He remains haunted by the entire experience, especially the sea crossing.

“Rather than being alone, it would have been better to have been with them, dead in the sea,” he said in an interview.