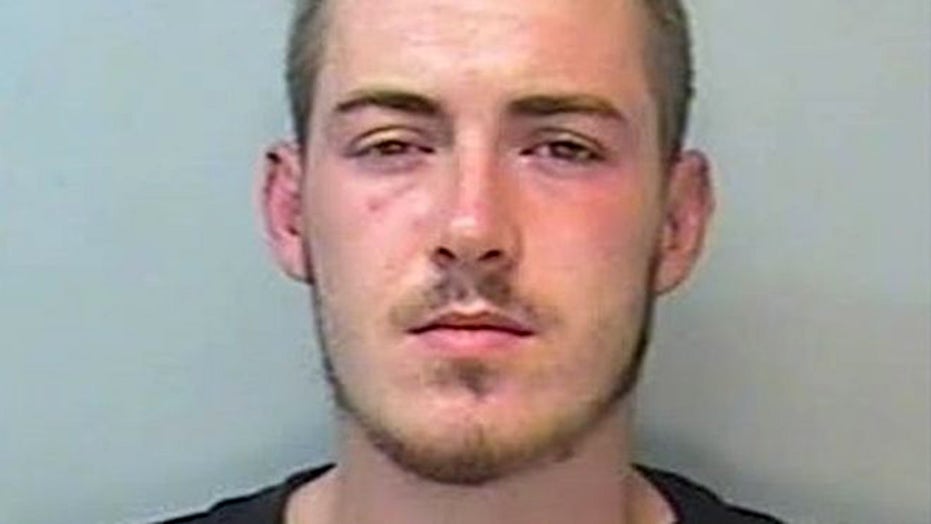 An English man who laughed at a woman and apparently proclaimed himself a rapist after he sexually assaulted her has been sentenced to prison.

Samuel Phillips, 26, denied sexually assaulting a woman at her home in South Molton in 2015, but in October was found guilty of rape and causing actual bodily harm stemming from the attack.

He was sentenced to eight years in prison, according to the North Devon Gazette, which reported Thursday the judge overseeing his case felt Phillips hasn't been remorseful for what he'd done.

Samuel Phillips, 26, was sentenced to eight years in prison for rape and causing actual bodily harm against a woman in England in 2015.  (Devon and Cornwall Police)

"You raped her and admitted what you had done to her immediately afterwards," Judge Peter Johnson said in court. "Unfortunately you did not admit it to the police. The effects of actions were graphically clear when the victim bravely read her impact statement."

The judge added: "You still deny these proven matters and have shown not a jot of remorse."

During Phillips' trial, the victim said she now suffers from post-traumatic stress disorder because of the attack. During the rape, she claimed, Phillips told her he wouldn't stop until she moaned — and when he eventually stopped he told her, "I'm a rapist" and later laughed.

"I haven't gone one day without thinking about what he did to me," the woman said. "The smallest things upset me. The other day I jumped when a woman in the street hiccupped as she walked past me."

She said what Phillips did "will live with me forever. It is exhausting and I am so tired. I feel vulnerable. I am sick of doubting everyone."

During the time of the assault in 2015, Phillips was already awaiting trial for other assaults, the Gazette reported. His case was delayed for years because he suffered leg injuries after a fall and he was apparently not well enough to stand trial.

In addition to prison time, Phillips also will be placed on a sex offender registry for the remainder of his life, and a restraining order was issued banning him from contacting the victim.