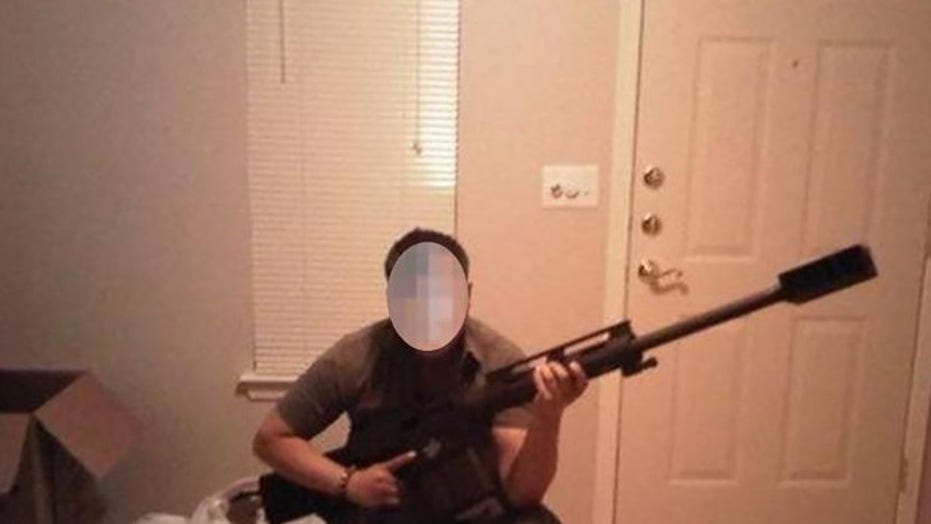 El Chapo’s Sinaloa cartel is responsible for brutal violence including beheadings by chainsaw and leaving body parts strewn in the streets.

One of Joaquin “El Chapo” Guzman’s trusted hitmen kept a murder room — which featured a drain in the floor to expedite clean-up following messy executions, a witness said Monday.

“He took me once to a house, where the floor was just white, tiled,” cartel snitch Edgar Galvan said of killer Antonio “Jaguar” Marrufo. “That’s where he killed people.”

While the home was in Mexico’s Ciudad Juarez, it wasn’t clear where exactly the slaughterhouse was, or how many people had met their ends there.

Galvan said the hitman had told him the house was sound-proofed, “so no noise comes out,” and that he personally witnessed a “drainage outlet” on the floor of the creepy white room.

“In that house, no one comes out,” Galvan soberly told jurors.

The 41-year-old testified he was just an average guy driving a cab who stumbled into the world of drug trafficking after his divorce, when he started hanging out in discotheques.

It was in the clubs in 2007 he met Marrufo, who at first was just a “party friend” — but before Galvan knew it he said he was living in El Paso, Texas, and working for Marrufo, who controlled Juarez for El Chapo’s Sinloa Cartel.

Marrufo had Galvan help run guns over the border, for “cleaning” Juarez of rival cartels, he testified. Cleaning, he clarified, meant “to kill all of the people,” so Guzman could take control of the area and its border crossings.

Galvan testified he twice procured a gun as part of a murder plot for Marrufo but never personally pulled the trigger.

While he typically moved AK-47 assault rifles, Galvan said he once stored a .50-caliber rifle for the cartel. He testified a worker was so excited to see the whopping firearm he put it together and posed for a snapshot.

Galvan was arrested in 2011 and pleaded guilty to charges of possession of narcotics and firearms. He’s eight years into a 24-year sentence, he told jurors.

Marrufo is jailed in Mexico.

The two last spoke in January 2010, when El Paso police raided the home of a pal who was storing 40 AK 47s, a grenade launcher, bulletproof vests and ammo for the cartel.

Guzman has pleaded “not guilty” to a 17-count indictment, including firearms possession, murder conspiracy, and importation and distribution of cocaine.