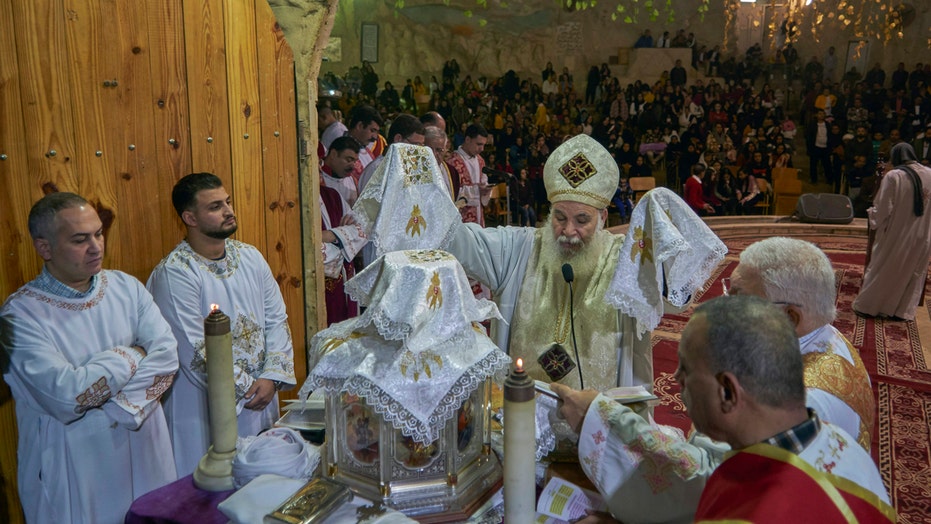 As Coptic Christians celebrate Christmas on Tuesday, Egyptian President Abdul Fattah el-Sisi commemorated the ties between the Christian minority and Muslims in the Muslim-majority country, saying it has protected them from sectarian strife experienced by its neighbors.

President el-Sisi, who is a practicing Muslim, appeared at the Coptic Christmas Eve Mass on Monday in the nation's largest church, Nativity of the Christ Cathedral. Last year, Coptic Christians celebrated the opening of the cathedral as a "gift" from el-Sisi in the new administrative capital east of Cairo, which he declared as a "message of peace and love to the world."

“God saw fit for us to live in difficult circumstances," he told churchgoers after being welcomed by Coptic Pope Tawadros II. "But as long as we're together ... no one can do anything to us."

Coptic Christians, one of the oldest Christian communities in the world, make up roughly 10 percent of Egypt’s population. The minority faith faces restrictions in inter-religious marriages and church buildings, and is banned from proselytizing to Muslims.

Coptic Christians have been the target of several attacks since the country began battling an Islamic insurgency in the 1990s, which has continued in the aftermath of the army's overthrow of an elected but divisive Islamist president in 2013 and under el-Sisi.

In Dec. 2016, an ISIS suicide bomber killed 30 people at Cairo's Coptic Cathedral, and the Islamic terror group pledged more attacks on the Christian minority, which it sees as an ally of the West in a war against Islam. Then in April 2017, ISIS killed 45 people using suicide bombers at Coptic churches in two cities on Palm Sunday.

The country's leader said Egypt narrowly avoided a civil war and more violence due to his government's policies and the military's defense against Islamist insurgencies in the Sinai peninsula.

The government has arrested several thousand in a broad and far-reaching crackdown against dissent, many of whom remain in detention.