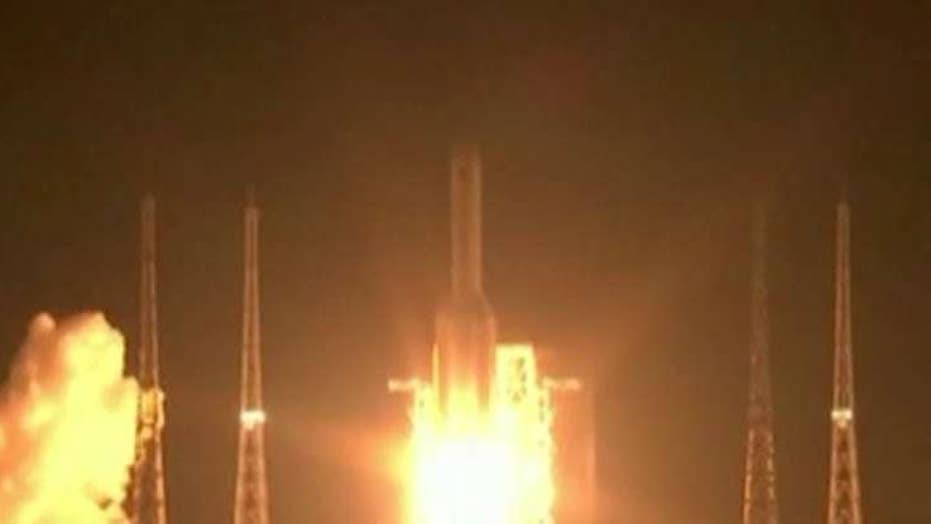 Beijing launches its biggest rocket since the year 2017.

A well-known Christian pastor in China who operated outside the state’s legally recognized protestant organization was sentenced Monday to nine years in prison.

Wang Yi, 46, was also convicted of illegal business operations, fined and had his personal assets seized.

As the leader of the Early Rain Covenant Church, Yi was arrested a year ago as part of an ongoing crackdown on unauthorized religious groups in the country. In China, Protestants are only allowed to worship in churches recognized by the Communist Party.

A lawyer hired by Wang's family said the charge of illegal business operations stemmed from the printing of books about Christian culture and that “no social harm” had been committed.

Wang’s arrest comes amid a crackdown on religion, including removing crosses from some churches, by China’s officially atheist ruling party. More widely, the party has demolished places of worship, barred Tibetan children from Buddhist religious studies and incarcerated more than a million Islamic ethnic minorities in so-called "re-education centers."

Wang’s Early Rain Covenant Church is believed to have had several hundred members who met in different locations around Chengdu. Many of them have been taken from their homes overnight in lightning raids, including Wang's wife, Jiang Rong, who was later released on bail.

Wang had been critical of party head and state president Xi Jinping and made a point of holding a prayer service on June 4 each year to commemorate the 1989 bloody assault on pro-democracy protesters in Beijing's Tiananmen Square.

"Wang Yi was merely practicing his religion and peacefully standing up for human rights in China," Poon told The Associated Press in an email. "Wang Yi is a prisoner of conscience and must be immediately and unconditionally released."