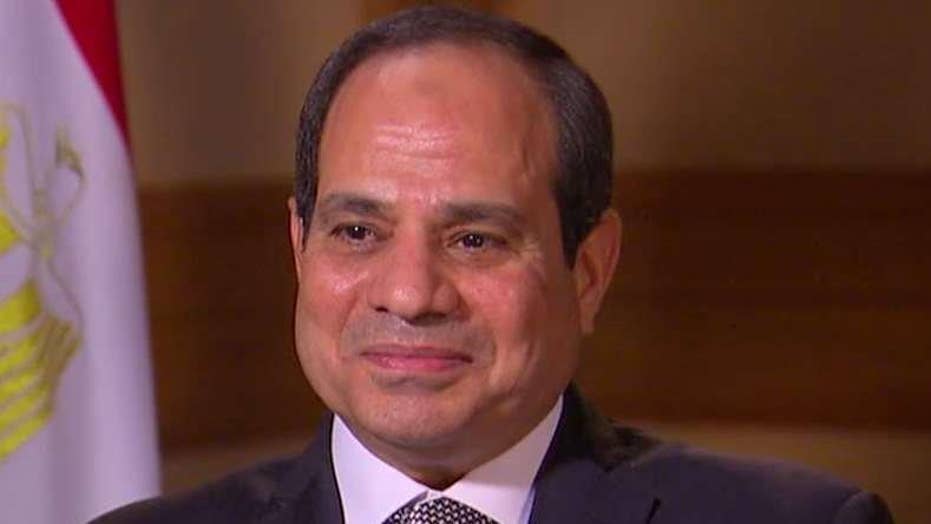 Amid the backlash from a “60 Minutes” interview that he didn't want aired, Egyptian President Abdul Fattah el-Sisi at the same time is getting support of a different kind – maneuvering to further back Christians in the Muslim-majority country.

Orthodox Christians, who celebrate Christmas on January 7, this week celebrated Sisi’s “gift” – the opening of Egypt’s largest cathedral in the new administrative capital east of Cairo. The celebration took place just a day after a fatal bomb blast claimed the life of a policeman trying to defuse a bomb hidden near a Coptic Church.

Sisi commissioned the cathedral in 2017 as part of a new capital to be resurrected outside of Cairo, declaring it a “message of peace and love to the world.” Egypt’s Coptic pope inaugurated the Nativity of the Christ Cathedral during Christmas mass on Monday, in which the president was in attendance.

“We are one and we will remain one,” Sisi declared as opened the cathedral, referring to unity between Egyptians of all religions.

President Trump praised Sisi in a tweet this week, saying he was “excited” to see “friends in Egypt opening the biggest Cathedral in the Middle East.” Trump also credited Sisi with “moving his country to a more inclusive future.”

But at the same time, the president and former military general has come under increased fire for alleged human rights abuses by his government. And he made headlines just this week in his efforts to stop CBS from airing his recently taped interview with correspondent Scott Pelley.

The “60 Minutes” segment claimed Sisi’s regime has “imprisoned opponents and killed protesters” since the 2013 military uprising that led him to power.” The report cited Human Rights Watch figures that some 60,000 political prisoners were behind bars.

Sisi denied in the interview that there are any political prisoners in Egypt, instead vowing that “whenever there is a minority trying to impose their extremist ideology” the authorities “have to intervene regardless of their numbers.”

But he also offered a rare acknowledgment that Egypt maintains tight security cooperation with neighboring Israel in the Sinai Peninsula, a desert peninsula that was demilitarized in a 1979 U.S-backed peace treaty between the two countries. The Sinai is often considered to be a sensitive matter, both in Egypt and the broader Middle East.